The iconic Tata Sierra nameplate has reborn today, at the 2020 Auto Expo. It is a new concept SUV from Tata, which will be bigger than Nexon, but smaller than Harrier.

Tata has surprised the audience at the Auto Expo 2020 by fielding a concept of its Hyundai Creta rival with the revival of much loved Sierra nameplate. If the rapidly expanding Tata Motors portofolio has one glaring void, it is the mid-premium crossover space which will be plugged by this product.

It appears that the Sierra concept previews a compact crossover which is known so far as the Blackbird (codename). Likely to be Based on the modular ALFA platform which debuted with the Altroz premium hatchback, the Tata Sierra crossover takes full advantage of the automaker’s proactive design department that has grown leaps and bounds of late. The SUV looks crisp, youthful and ready for action while simultaneously managing to evoke nostalgia. To put it simply, it can easily hold its own amongst its rivals. The list currently includes the next gen Hyundai Creta which also is being showcased at the Expo, the Kia Seltos, Maruti S-Cross, Skoda Vision IN, VW Taigun and so on.

Technical details of the Tata Sierra SUV are kept under wraps as of now but Tata says it is powered by a pure electric powertrain. We expect the production version to share its powertrain lineup with the recently updated Nexon but the outputs are likely to be jacked up to go match the rivals. The 1.2-liter petrol and 1.5-liter diesel would form the conventional IC engine lineup while the pure-electric variant will also be in the offing.

The interior too features a modern design and layout with interesting colour combinations, materials and textures. The center console-mounted touchscreen infotainment system will offer a range of next-gen connectivity features. The rear-facing front passenger seat is most likely to be a concept-only feature. 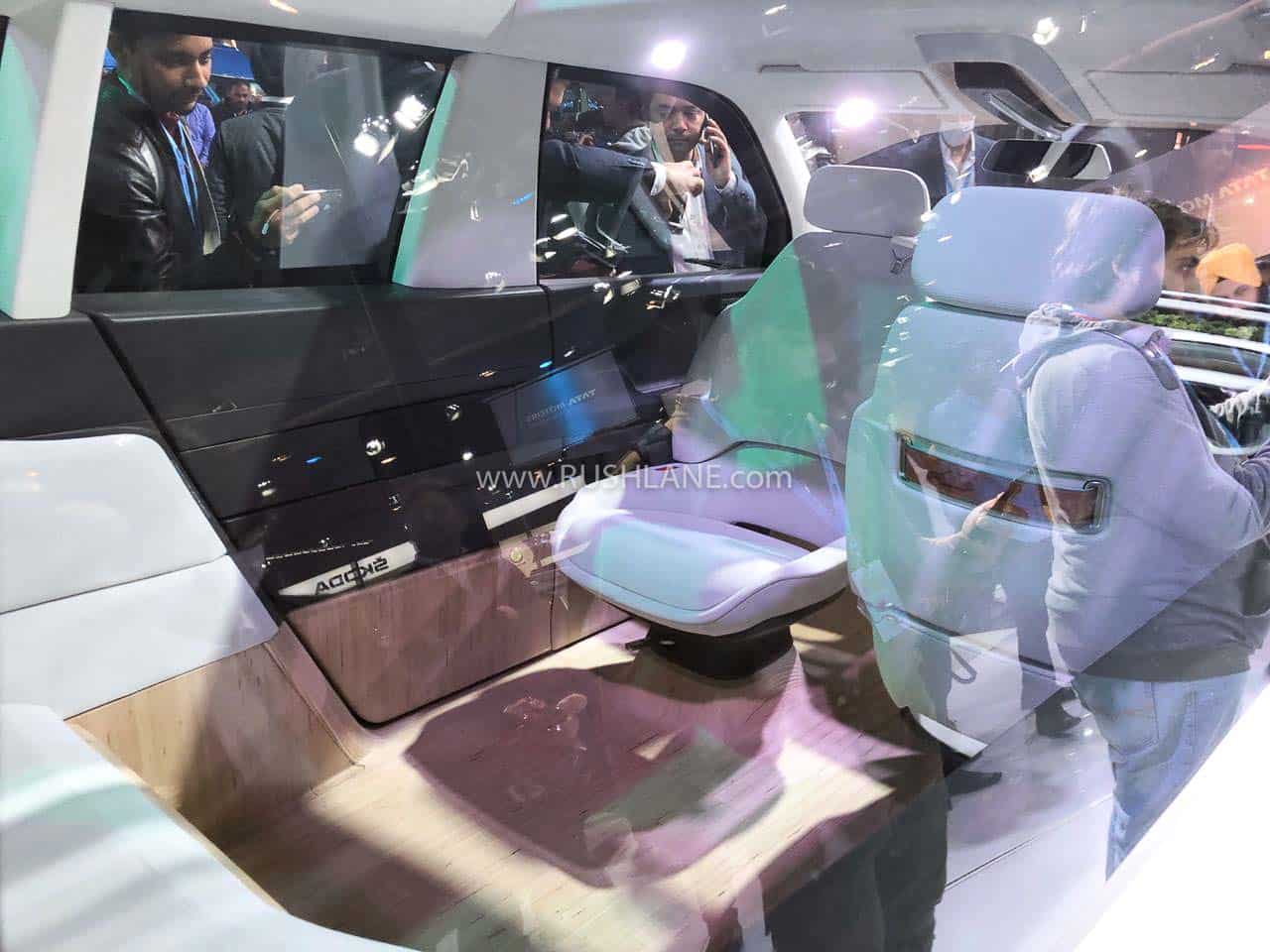 The production version of Tata Sierra is expected sometime next year although the company hasn’t confirmed it yet. It will be a very important product for the automaker who is currently in the process of executing a significant turnaround of fortunes in the domestic market. Needless to say, the crossover will be packed with multiple airbags, ABS with EBD, ESP, TC and all the standard safety features. Given that the Altroz based on the same platform scored 5-star rating, we don’t have any reason not to expect the Sierra to achieve the same feat.

Do you like Tata’s Creta rival? Would you wait for it rather than going for the Skoda Vision IN or the VW Taigun next year?