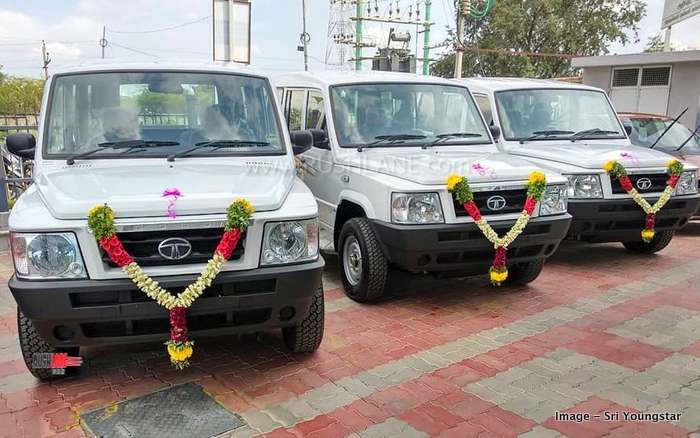 The Tata Sumo kick started its journey as a comfortable and rugged work horse in 1994. After a production run of 25 long years, the UV has finally been withdrawn from the market. Production came to a halt in April this year and the Sumo is no longer on sale at Tata dealerships across the country. The vehicle was priced between INR 7.39 lakh to 8.77 lakh.

The Tata Sumo’s fate was not a surprise given that it was based on an architecture which was too archaic to be made compatible with latest safety standards without complete re-engineering. The boxy UV spent the last several years neglected by buyers and so, the automaker is apparently not inclined towards investing time and money in keeping it alive.

The ladder frame UV competed with the likes of Mahindra Bolero and Force Trax but simply couldn’t manage to match the Bolero’s success. Known for its ride quality and go-anywhere appeal, the Sumo received a successor in 2008 in the form of Sumo Grande with completely new exterior and interior. However, the Grande failed to take off and eventually retired in 2016.

Underpinned by an outdated ladder frame chassis, the Sumo Gold (latestest avatar) didn’t receive the dual airbags, ABS, seat-belt reminder, speed alert system and reverse parking sensor as mandated by the government, and hence had to go out of production.

From 1st Oct 2019, all cars sold in India should have the above mentioned safety features. All cars should clear the upcoming BNVSAP (Bharat New Vehicle Safety Assessment Program) crash tests either.

Moreover, Sumo Gold’s ageing 3.0-liter four-cylinder diesel engine didn’t make it to the list of motors that the automaker will upgrade to BS-VI emission standards (under passenger vehicle category). From all angles, it is definitely the end of road for the good old Sumo in its current guise. Given that the nameplate has a reasonably strong brand recall, we could be seeing it on a modern SUV offering in the future.

Just like the Tata Sumo, several ageing passenger vehicles have already been withdrawn from the market or will soon be put to rest owing to non-compliance of new safety and emission rules. The list includes Maruti Omni, Gypsy, Tata Nano and so on.