The Tata Tiago NRG (pronounced as eNeRGy), a jacked up hatchback which the company likes to call as ‘toughroader’, is all set to be introduced on September 12. The Tiago and Tigor family of sub-compact cars has been real cash cows for Tata Motors passenger vehicle business unit, and it’s not a surprise that the company wants to milk the platform as much as possible.

While Tata Motors’ invite reveals nothing about the identity of the vehicle that is going to be launched on September 12, Team-bhp’s sources have leaked pretty much everything there is to know about the new model. 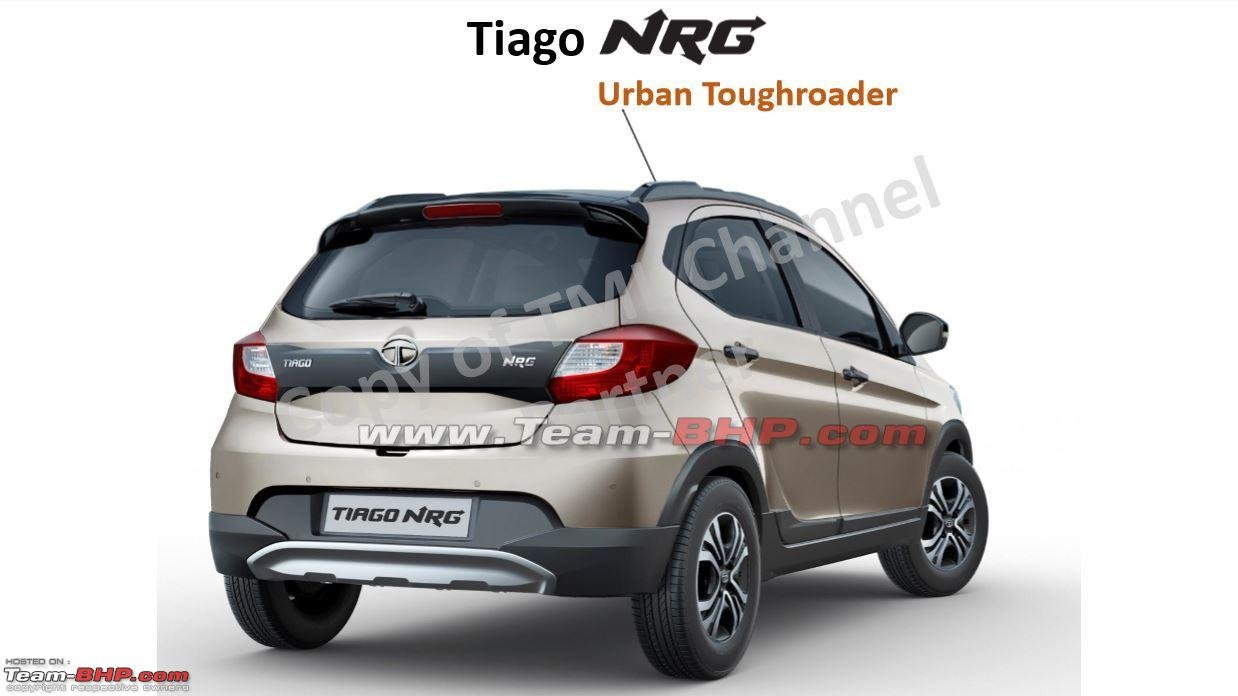 The Tiago NRG, NRG being a new age version of the word energy, will be pitted against the likes of Maruti Celerio X and Ford Figo Freestyle. The new model is not merely a Tiago with cosmetic add-ons but it also features a higher ground clearance of 180 mm to justify the toughroader tag.

The Tiago NRG distinguishes itself from the regular hatchback by means of black plastic cladding all around the lower part of the car, silver chin and rear diffuser, dual-tone 4-spoke 14-inch alloy wheels, smoked headlamps, a plastic badge-carrying insert on the hatchdoor, and a black-finished roof. 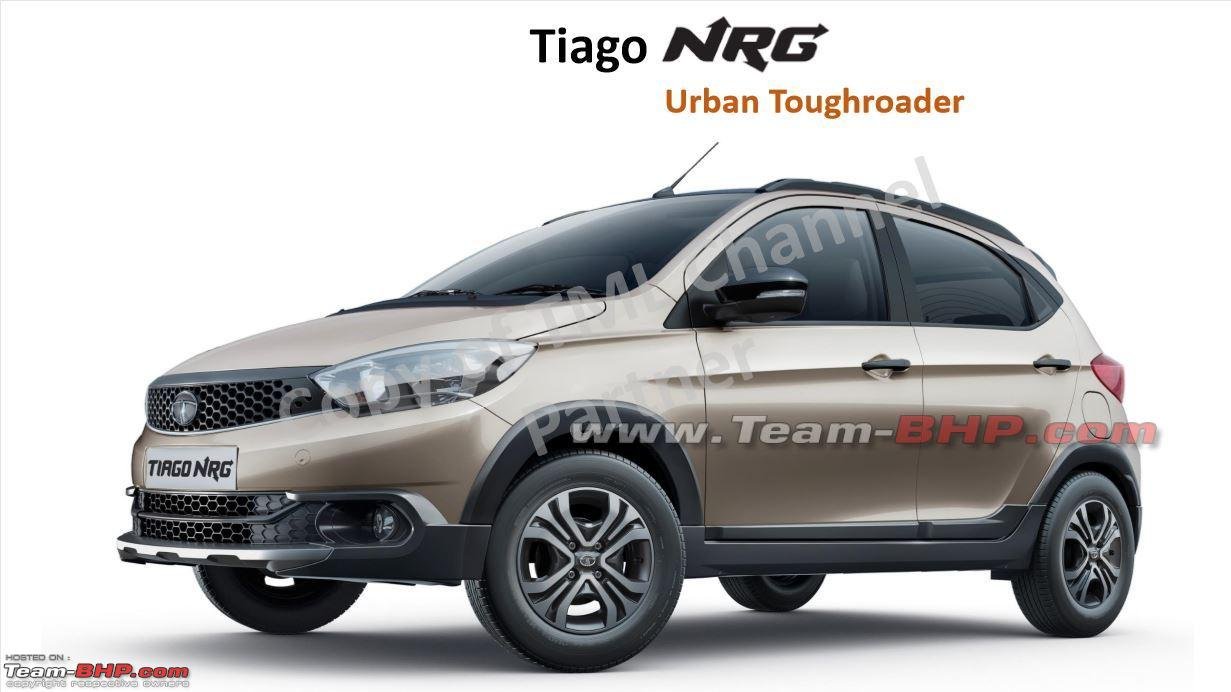 The Tata Tiago NRG is expected to be launched in a single trim level. Both petrol and diesel engines will be on offer. The petrol motor is a 1.2-litre 3-cylinder unit which puts out 85 PS and 114 Nm of torque. The oil burner is a 1.05-litre mill which is capable of 70 PS and 140 Nm of torque. The leaked spec-sheet only lists a standard 5-MT.

The launch of new variant is expected to bring a significant spike in Tiago’s sale numbers from next month. Below is the leaked brochure of the upcoming Tata Tiago NRG edition.