Tata Motors heralds in the start of the festive season in India with launch of the new Tata Tiago NRG (eNeRGy), which the company describes as an Urban Toughroader. It comes in with cosmetic upgrades and three new color schemes of Malabar Silver, Canyon Orange and Fuji White. Tata Tiago NRG is priced at Rs 5.49 lakhs for the petrol version and at Rs 6.31 lakhs for its diesel engine counterpart.

Set to rival the likes of Maruti Suzuki Celerio X and Ford Freestyle, the new Tata Tiago NRG is an extension of the Tiago brand. It creates a new style statement with its attractive body colors in contrast with its dual tone infinity black roof and roof rails. It is also taller, wider and longer than its hatchback offering with increased ground clearance to 180mm and rides on 14” alloy wheels while boot space is extended to 242 liters. 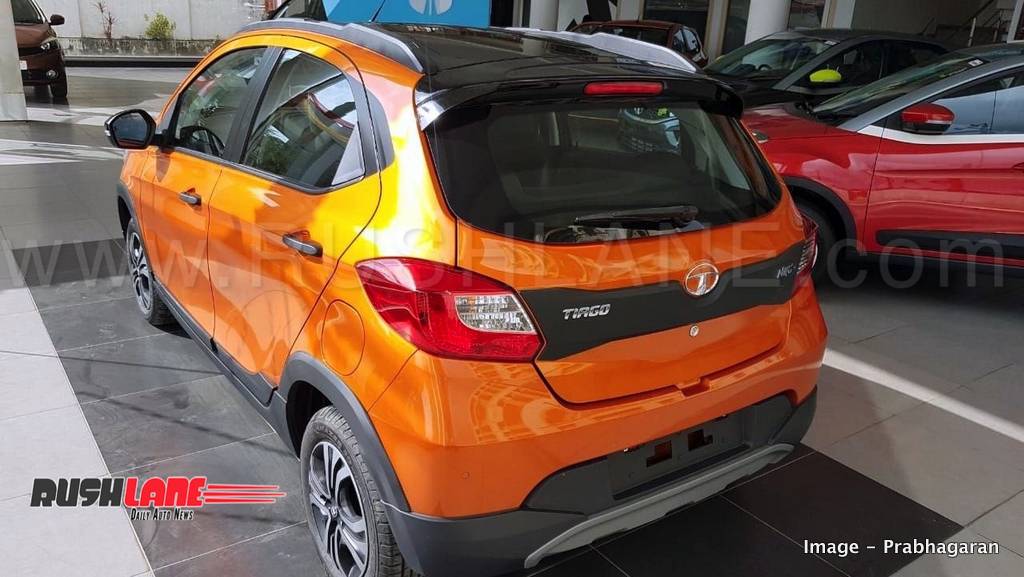 Interiors get steering mounted controls, Bluetooth connectivity and smartphone integration along with a 5” touchscreen infotainment system with navigation, AUX and USB connectivity. There is also a 4 speaker Harman audio system and cooled glovebox.

With the launch of Tiago NRG, Tata can expect to add more sales. Last month, Tiago posted its best ever sales in a single month. Tiago sales in Aug 2018 were at 9,277 units, which is more than all Tata cars combined. With Diwali season near, Tiago sales could soon cross the 10k mark in a single calendar month.

Commenting on this achievement, Mr. S. N. Barman – Vice President, Sales, Marketing & Customer Support, Passenger Vehicles Business Unit, Tata Motors said, “The Tiago brand continues to go from strength to strength and last month’s numbers are a testament to that. These volumes can be attributed to the pre-festive season demand for the car. Since the launch in April 2016, we have sold over 1.7 lakh units and it is the only product in the hatchback segment which is still registering a strong growth despite being in its third year of production. We are confident that with the introduction of newer models such as the recently-launched Tiago NRG, the brand will continue to thrive in the foreseeable future.”