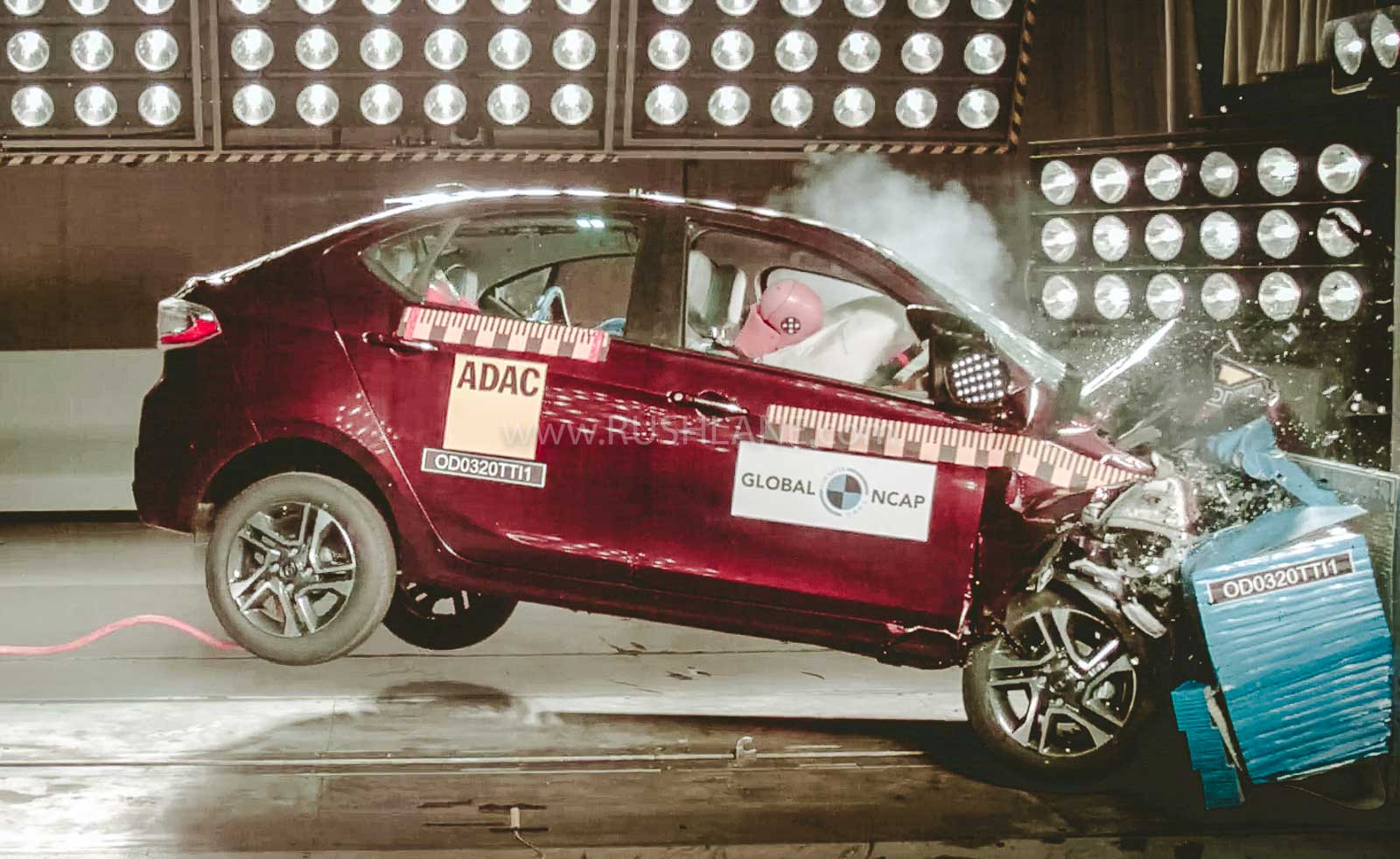 At the launch of the all new facelifted Tata Tiago and Tata Tigor, the company has also revealed that the two cars have received 4 star safety rating from Global NCAP.

It was earlier last week that Tata Motors announced that the Altroz premium hatchback had achieved a 5 Star adult safety rating at the Global NCAP and now another feather in its cap is the 4 Star rating for the Tata Tiago and Tigor. The Tata Altroz was the second car from the company lineup to score a 5 Star rating at Global NCAP with the first being the Nexon SUV which received a similar rating in October 2019.

Where child protection was concerned, the Tata Tiago and Tigor were tested with a child seat for a 3 year old child which was installed with the adult seatbelt and support leg which was able to prevent excessive forward movement on impact. The head and chest area received some protection. The 18 month old Crash Recovery System ratings in terms of protection were good while using the adult belt and support leg rearward facing.

The Tata Tiago and Tigor do not come in with three point belt for all seating positions and nor does it receive ISOFIX child seat anchorages. The models also do not get the facility of disconnecting the passenger airbag in the event of rearward facing CRS needs to be installed in the front passenger seat. Read the full crash test report here.

The facelifted Tata Tiago, Tigor and Nexon have just been launched in India and each of these are in a BS6 formats and each follow Tata’s new Impact Design 2.0 language. Bookings have opened and prices will be higher than that seen on their BS4 counterparts. The Nexon facelift continues with its 1.2 liter turbo petrol and 1.5 liter diesel engine lineup while the Tiago and Tigor current 1.2 liter petrol engine gets upgraded to BS6 emission standards. The diesel engines on Tiago and Tigor have been done away with as Tata Motors has decided to take off small diesel engines from its lineup.