The enthusiast-focused JTP line from Tata Motors may not get BS6 update. Reports of its discontinuation have surfaced online.

Tata Motors’ JTP line was the Indian brand’s honest try at making a proper hot-hatch (and hot-compact-sedan?) on a budget. Compared to the regular Tiago and Tigor, JTP models boasted of a turbocharged version of the regular 1.2-litre Revotron petrol motor (identical to the Tata Nexon’s petrol unit) alongside significant upgrades to other chassis components. JTP stands for ‘Jayem Tata Performance’ and comes under JTSV (Jayem Tata Special Vehicles); a joint venture between Tata Motors and Coimbatore-based Jayem Automotives.

The Tata Tiago JTP and Tigor JTP were launched back in October 2018 at an ex-showroom price of Rs 6.39 lakh and Rs 7.49 lakh, respectively. Fast forward to August 2019, the JTP models received an update in the form of a new 7.0-inch touchscreen, automatic climate control and power-folding ORVMs. Prices for the Tiago JTP and Tigor JTP rose by Rs 30,000 and Rs 10,000, respectively, from the initial figures. 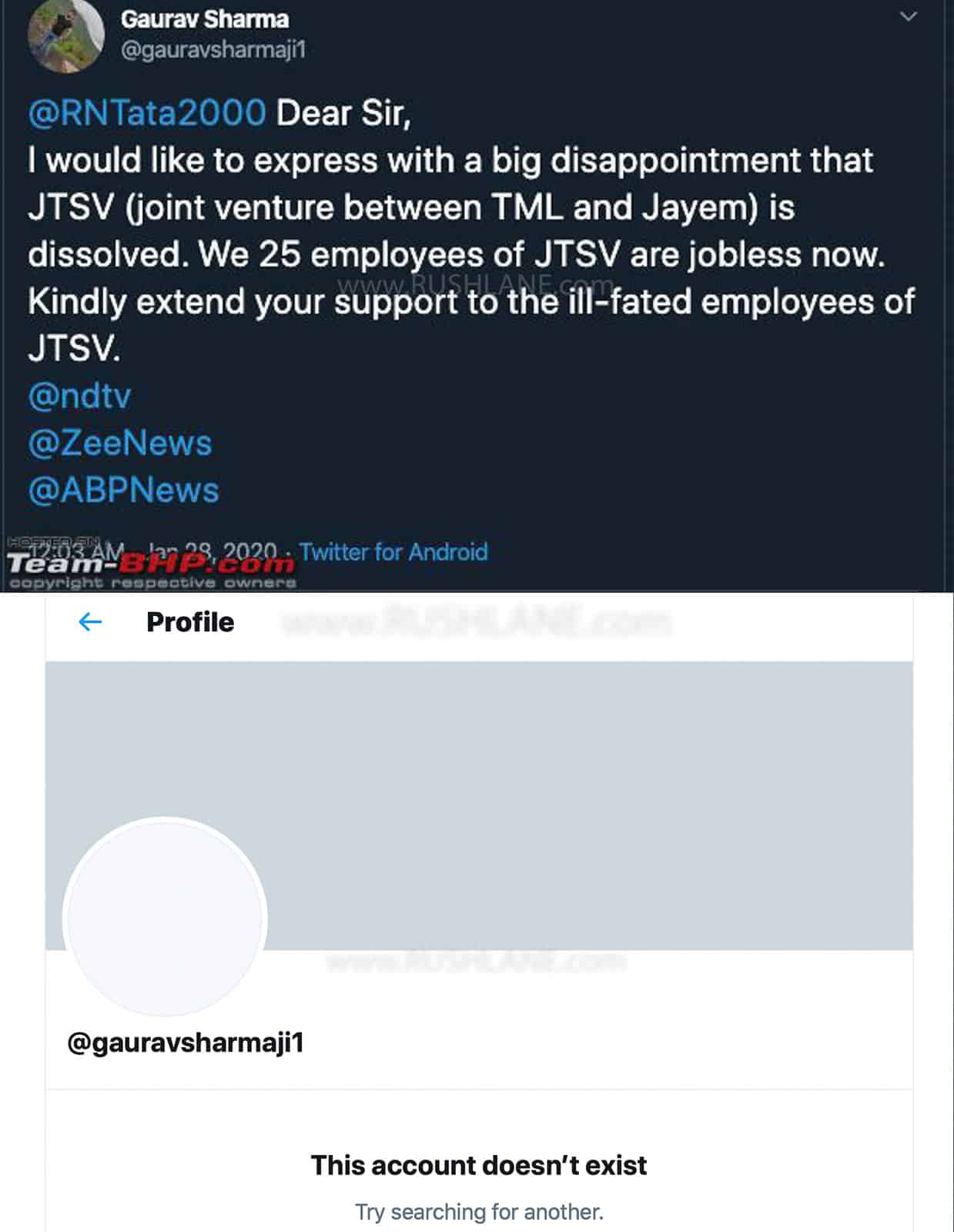 Now, reports stating that JTP models might not go through BS6 update have surfaced online. In other words, the enthusiast-focused JTP line might be discontinued, even though an official report is yet to come from JTSV or Tata Motors. The information came to light when one of the employees of JTSV tweeted that the joint venture has been dissolved and 25 people are left without a job. The tweet was addressed to none other than Mr Ratan Tata.

The tweet and the account itself were removed later, but had remained long enough for Indian car enthusiasts to start multiple discussions across online forums and other social media platforms. Many, especially those who own a JTP product, are in the hopes that the news is false or even if it is indeed true, Tata Motors would absorb some of the losses caused by JTSV and bring the JTP line under its regular portfolio.

Even though the Tata Tiago JTP and Tigor JTP were interesting products in an ocean of dull-to-drive cars (that just get more features and chrome with every update), the average Indian buyer just couldn’t see a point in buying it over a regular Tiago or Tigor, or any other alternative coming in the same price bracket. One of the primary reasons for this was the unwanted exclusivity and poor marketing given to the JTP line; a terrible combination to say the least.

For starters, the JTP range was available only in 30 Tata Motors dealerships across 15 cities in the country. Plus, there were no proper advertisements or commercials on any forms of visual media to let the wider audience become aware of such a product. In fact, one can be almost certain that only automotive enthusiasts who spent time online going through reviews and updates came to know about the JTP products.

In most of the above-mentioned dealerships, potential customers were not offered a test drive. Some claim that in certain dealerships, test drives were only allowed if we make a booking — which defeats the whole point of conducting a test drive.

A JTP product is a rare sight on the road; arguably rarer than a supercar spotting these days. Still, it would not have been the case if the concerned officials had properly valued the products and marketed them the way they were meant to be. Surely, JTP models would have never been able to come close to the average monthly sales figures of the regular Tiago and Tigor, even with the best marketing techniques. At least half of the JTP models sold in the country were a result of salesmen addressing them as a “top-end Tiago (or Tigor)”.

The Tiago JTP and Tigor JTP are not outright performers or class-leading handlers to justify such exclusivity, even though they are relatively fun-to-drive with an involving mid-range. Despite being a market failure, the JTP range was able to give a ray of hope for India’s small community of proper automotive enthusiasts.

The affordable hot-hatch segment in the Indian automotive market may not be strong enough for major OEMs to introduce or continue selling a product in it; the latest example being the Maruti Suzuki Baleno RS. Still, we wish to see brands take extra effort to make products meant for those who see cars as more than just a mode of transportation. Chances of seeing a next-generation Tiago/Tigor JTP or even a Nexon or Altroz JTP are bleak. However, hopes and wishes are going strong in the minds of enthusiasts.