Tata Motors has announced that the company’s Sanand plant has achieved its 500,000 production milestone. The roll off of this milestone vehicle from production lines was met with much excitement by Mr. Satish Borwankar – Executive Director and COO at Tata Motors, Mr. Neeraj Agarwal – Plant Head, Mr Siddharth Ray – Head of Assembly Shop and Mr. Rajesh Khatri -Vice President Operations.

The Sanand plant, located outside of Ahmedabad has played a key role in the production of Tata passenger vehicle portfolio. It was originally opened to produce the Nano. But as fate would have it, Nano never helped the plant to reach its full utilization. 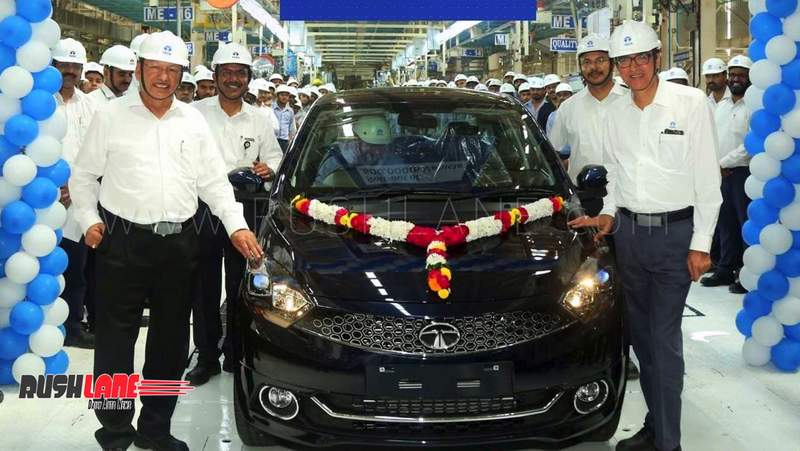 It is only when the new Tiago and Tigor were launched that the plant started to come back to life. It is from this plant that the Tata Tiago and Tigor are produced. Finally, the Tata Sanand plant is working to full capacity, all thanks to the two new cars.

With the vision of the Government of India in bringing more electric vehicles into the country, the Sanand Plant also produces the Tigor EV, the first electric passenger vehicle for commercial use, while the company continues to cater to deliveries from Government operated EESL – Energy Efficiency Services Limited. 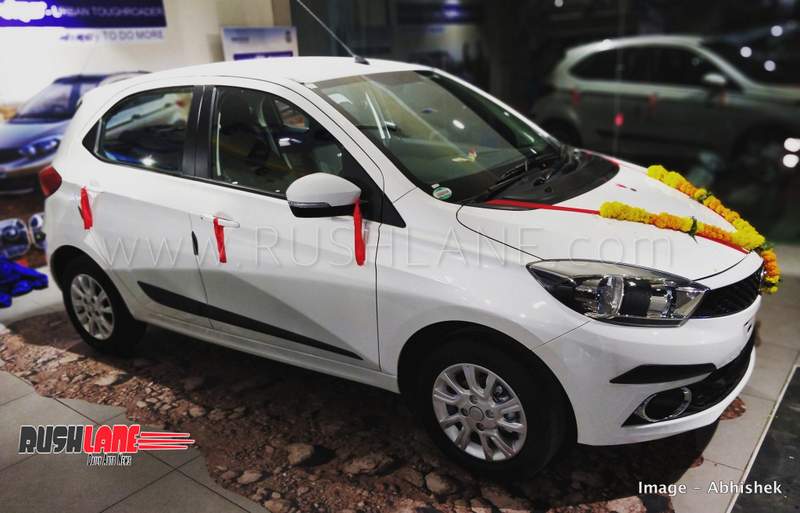 The Sanand plant which now runs at 100% capacity utilization was stated in June 2010 and is spread over an area of 1100 acres of land. The plant has evolved into a modern and state of the art facility, playing a vital role in the production of Tiago and Tigor.

The plant has achieved WCQ Level 3 and operational efficiencies are at their peak. The plant manufactures both the Tiago and Tigor models spread over 21 variants and 150 vehicle combinations. It is from this plant that the company also produces the 1.2 liter Revotron petrol, 1.05 liter Revotorq diesel and 1.2 NGTC engines.

Mr. Mayank Pareek, President, Passenger Vehicle Business Unit, Tata Motors said, “We, at Tata Motors, have been working aggressively towards our core strategy of Turnaround 2.0, aiming to ‘Win sustainably in PVs’. A lean manufacturing process plays a key role in our growth strategy enabling the Sanand plant to contribute around 60% of the overall PV production. We are extremely proud of achieving this milestone within our planned timeline. This is the result of the hard-work put in by our dedicated workforce. The plant has evolved to become a modern, state-of-the-art facility and is playing a pivotal role meeting aspirations of Tiago and Tigor customers.”