Tata Tiago Turbo Gets Roof Rails, Black Cladding – Or Is It NRG Edition 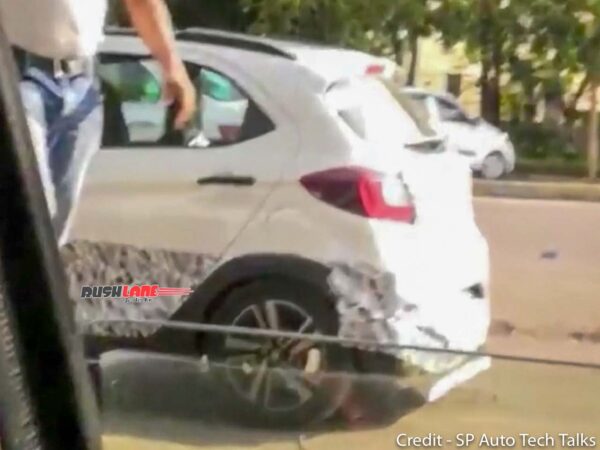 A mildly camouflaged prototype of Tata Tiago hatchback has been spied testing in urban environment recently, by Youtube channel SP Auto Tech Talks. While there are no obvious indicators as what is lurking under the hood, it is reasonable to assume that the prototype is putting the turbocharged petrol engine through its paces.

This is not the first time the small car gets a turbo petrol unit. The now defunct Jayem Tata Performance (JTP) employed the 1.2-liter Revotron turbo petrol mill which produced 112 hp. The little hot hatch also came with upgraded suspension system to achieve a sportier driving character. However, Tata Motors decided to pull the plug on go-faster variants of Tiago and Tigor due to poor demand and challenging market conditions.

The new Tata Tiago Turbo will continue to feature the familiar 1.2-liter Revotron unit which is currently catering to the Nexon crossover. The motor will also find its way under the Altroz premium hatchback’s hood. On board the compact SUV, the BS6-compliant version of the motor develops 118 hp and 170 Nm of torque. We expect the hatchbacks to offer slightly less power output in the interest of better fuel efficiency. 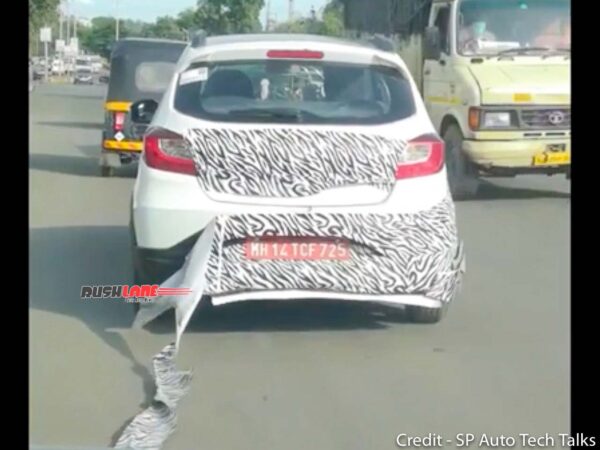 On board the Tiago, the 1.2-liter Revotron petrol engine is expected to be paired with a standard 5-speed manual transmission. It remains to be seen if there will be a full fledged automatic variant or if the small car will make do with AMT. For reference, the naturally aspirated 1.2-liter petrol engine which currently powers the Tiago is good for 84 hp and 113 Nm of torque.

The Tata Tiago Turbo is expected to be available only in the higher trims. It could be christened as NRG Edition as well. It gets side body claddings in black colour plastic as well as roof rails. One can expect the upcoming variant to offer touchscreen infotainment system, reverse parking camera, alloy wheels and so on. Dual front airbags, ABS, EBD and CSC (Corner Stability Control) are standard across the range.

The new turbocharged petrol engine is expected to give the Tata Tiago an edge over the aging Maruti Celerio which is available only with a naturally aspirated petrol engine. Next gen Celerio is inching closer to launch but we doubt it will have a turbocharged motor. As of now, Tiago Turbo’s only direct rival will be the recently introduced Hyundai Grand i10 NIOS turbo. The Tata Tiago Turbo is expected to be ready for launch by the festive season.