Following a showcase at 2018 Auto Expo, Tata Tiago JTP and Tigor JTP have in recent weeks been photographed on test rides frequently. Both performance spec offerings are being worked upon at Coimbatore, where the variants are being jointly developed by Tata Motors and Jayem Automotives.

Tata Motors has confirmed that JTP Tiago will be launched in the fiscal year 2018-19 and details will be shared subsequently. In due course of time, the company will make available further updates on its website and social media pages, including its price. 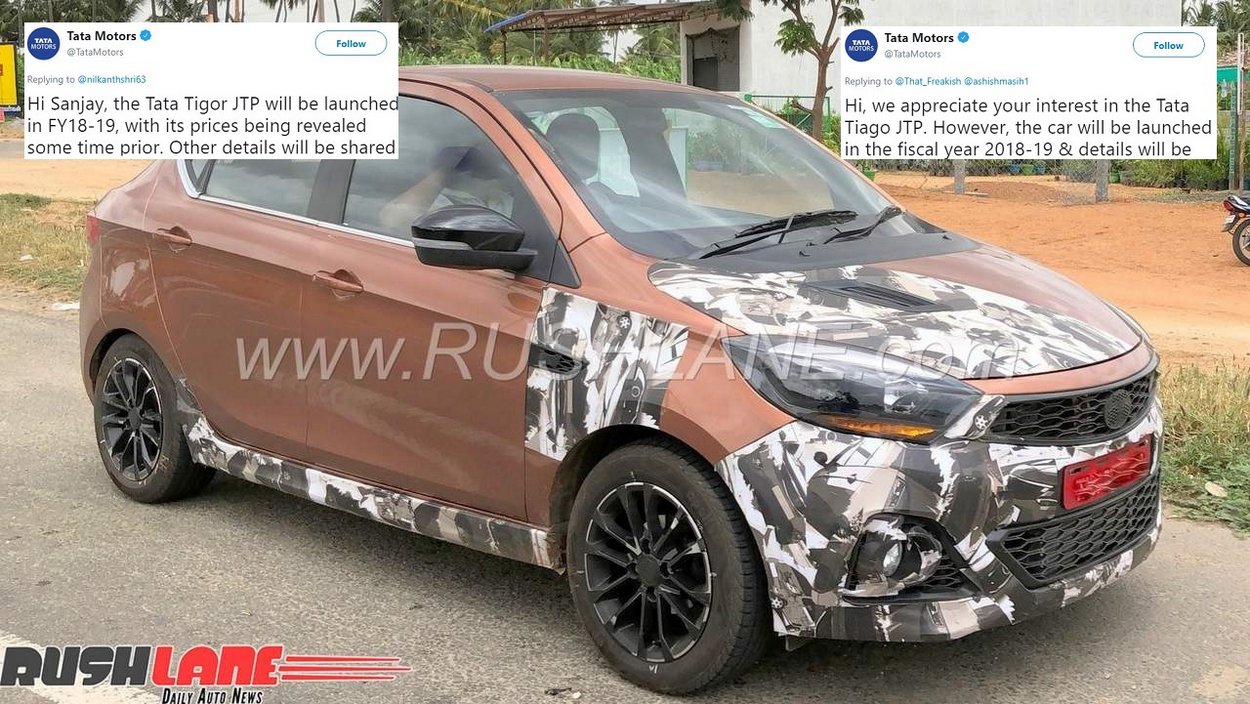 The company offers the same launch plan for Tata Tigor JTP, also to be launched in FY18-19, with its prices being revealed some time prior. Tata Motors will not be commenting on price estimates at this point in time. The information was revealed by Tata Motors via their official twitter handle. With Tata Harrier launch scheduled in Q1 2019, Tata Motors is likely to go with the power of JTP this festive season in creating a performance spec line-up, a first for the brand.

From the outside, the test vehicles look slightly different from the concepts shown. Through testing, Tigor JTP has retained its alloy wheels minus the chrome finish. The company has noticeably steered clear of the orange ORVMs during test phase but that’s probably to draw less attention to the test mules. Test vehicles captured thus far have been spotted with body coloured or black OVRMs. 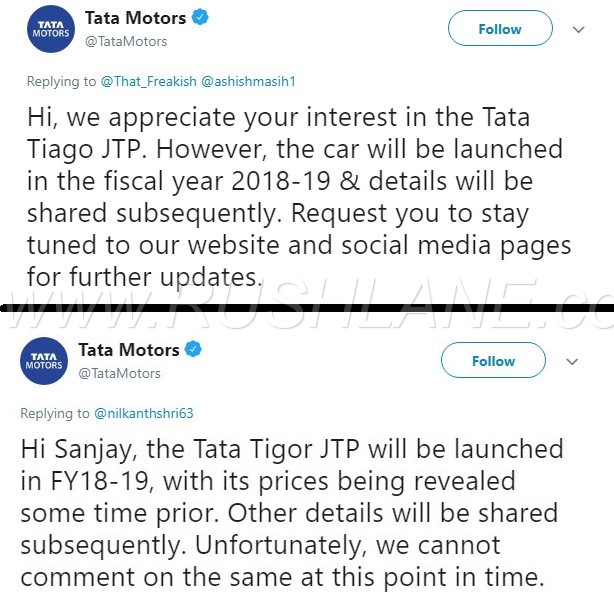 Camouflage on Tata Tigor JTP test cars is heavily concentrated on the front and in strips over the side skirting, and rear bumper. In its performance avatar, Tata Tigor JTP sports a twin pipe exhaust. While test cars are missing a JTP badge on the tailgate, there would obviously be distinct badging to denote both cars’ performance cred.

Both these cars will be powered by the same 1.2 liter petrol engine which currently powers the Tiago and Tigor. But, the output will be increased to 110 PS – making both these cars India’s most affordable powerful cars. Expect price to be increased in the region of Rs 1-2 lakhs. This takes the price of Tiago JTP to approx Rs 7-8 lakhs and that of Tigor JTP to Rs 9-10 lakhs. More details will be revealed soon. Have a look at the latest spy shots below.