With your smartphones already keeping a track of your whereabouts, would it be alright if your car also keeps track of you?

To put some numbers into perspective, TFS finances around 33% of all Toyota vehicles sold in the country. Hence, clearly the sales numbers are significant. Installation of GPS devices will help to improve the overall asset quality of TFS as its liabilities could reduce significantly. TFS not only provides finance to new Toyota cars like Fortuner, Innova Crysta, Glanza, but also provides services to Toyota’s used car entity – UTrust.

Installation of GPS devices serves two purpose. For customers, it provides better safety and security while decreasing the chances of theft. Additionally, for the financier, it helps to ensure that the chances of default are lower and in a worst-case scenario of vehicle recovery, the customer cannot outsmart the financier. 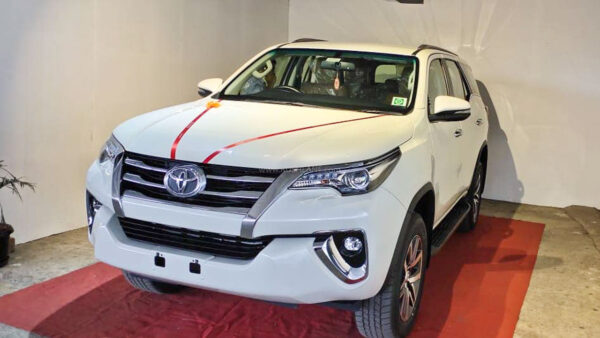 TFS already uses GPS devices in financed vehicles in some of the developed markets like Singapore and Thailand. Now, TFS is contemplating how the same practice can help in its Indian business.

Toyota Kirloskar Motor’s MD & CEO, Mr. N Raja recently stated “The GPS system will ensure safety as well as benefit customers. It will improve security and reduce chances of theft… We are looking out to get the right equipment. We are trying to tie up with vendors so that we can localise the product and give it to our customers at an affordable price.” He further added that Toyota is looking at a win-win situation.

As of now, Toyota isn’t sure by when will they be able to start with the execution of the project. Majorly it depends upon the product and how soon can Toyota find out the apt device. TFS intends to ensure that the GPS device is fitted by the manufacturer, right from the start. It will hence become an inseparable part of the vehicle and will also be completely tamper-proof.

Toyota’s senior leadership team believes that due to the multifaceted advantages of a pre-installed GPS device in a financed vehicle, even the regulator should make it a mandatory practice in the longer run. In fact, TKM’s Vice Chairman, Mr. Shekar Viswanathan further stated “If anything, it is a smart move and something the RBI should insist every bank should adopt. It will improve asset security, and is in the best interest of all stakeholders.”