HomeCar NewsToyota Fortuner modified inside out - Gets makeover at Rs 4.5 L

Toyota Fortuner modified inside out – Gets makeover at Rs 4.5 L 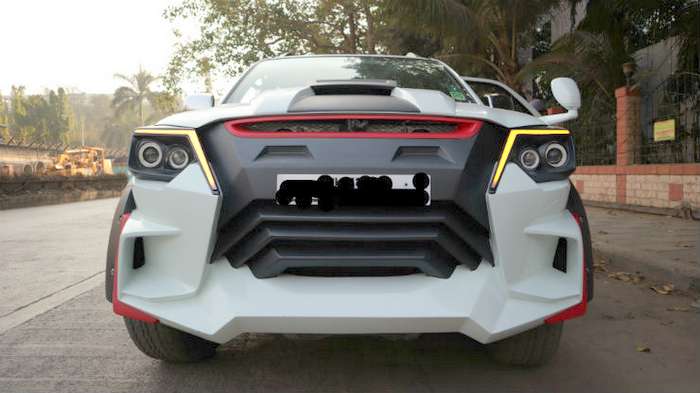 Somewhere around 2010, the SUV fever gripped the entire nation and it seems it is going to continue well in the upcoming decade too! No wonder, we see SUVs coming in from non-conventional SUV makers as well. Another effect the craze has had is on the type of vehicles which are modified. No points for guessing, SUVs again make up a significant portion of the latest modification jobs which have gone viral in the country.

Recently we saw the XUV 500 Moonraker from Mahindra’s in-house customization team and multiple other mods of the Bolero and Thar. Here is another interesting customization carried on by a previous generation Toyota Fortuner.

The mod-job has been carried out by Executive Modcar Trendz, which is a car customization unit based out of Andheri, Mumbai. The entire modification costs approximately INR 4.5 lakhs (excluding 18% GST), which is obviously excluding the base price of the vehicle. 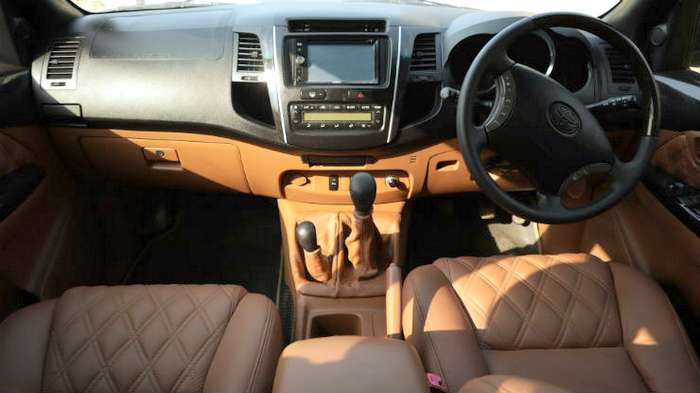 As far as updates are concerned, the front looks dramatically different. A new fabricated grille has replaced the stock one, while the headlamp units too have been redone, completely. The modified Fortuner gets a new bumper as well, and along with it, new projectors and DRLs too. The bonnet too has been redesigned and now comes with a scoop, which mostly is non-functional though.

The entire wheel set-up has been changed with new alloys and wide profile tires. The wheel arches add to the macho look which the modified SUV carries. To complete the look at the rear, there are smoked tail lamps and a bumper with dual exhaust pipes. Apart from these changes, there are red highlights which have been added across the SUV and they surely make it look more interesting.

Talking about the Fortuner, though it still comfortably enjoys the pole position in its segment, it has started to face competition from the Alturas which was launched by Mahindra last year. Another worthy competitor, the Ford Endevaor is about to get a facelift, and as per reports Ford will launch it in the country by the end of current financial year.