The Toyota Innova Crysta Leadership Edition is based on the BS6 diesel version of the Innova VX trim and is priced at a premium of Rs 61,000. The special edition Innova Crysta is presented in a dual-tone exterior colour scheme in two choices: White Pearl Crystal Shine/Attitude Black and Wildfire Red/Attitude Black. 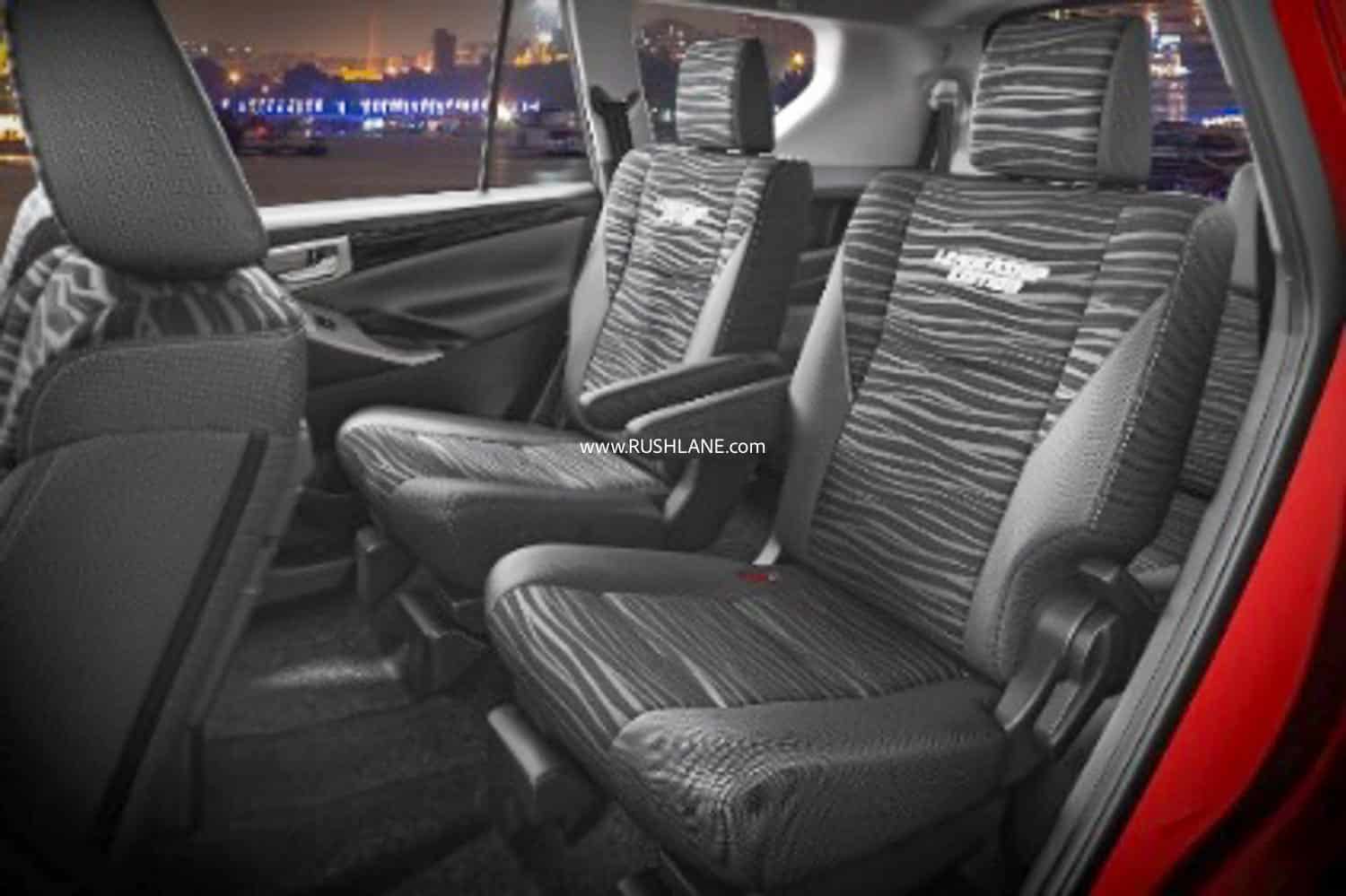 Besides the new shades to stand apart from the regular line-up, the exterior upgrades include a chrome garnish, blacked-out elements, 17-inch alloy wheels, rear spoiler and side skirts. It also gets a distinctive ‘Leadership’ badging around the body.

The Toyota Innova Crysta Leadership Edition is powered by a 2.4-litre inline four-cylinder DOHC diesel engine that offers 148bhp power at 3,400 rpm and 343Nm of torque from 1,400-2,800 rpm. The engine is BS6-compliant and comes mated to a 5-speed manual gearbox. The powertrain promises an ARAI fuel consumption figure of 15.1kmpl.

The Toyota Innova Crysta and Fortuner continued to dominate more than 50 per cent share in the MPV and SUV segments. Both these models have carved a niche for themselves in their segments and appeal to buyers despite the Innova meeting competition from the Maruti Suzuki Ertiga and Mahindra Marazzo along with the recently launched Kia Carnival (read review).

With the Leadership Edition of the Innova Crysta, the company raises the appeal to buyers with unique aesthetics and enhanced features. The Toyota Fortuner is also a reliable SUV in the country and takes on competition from the Ford Endeavour, Mahindra Alturas G4 and the new Tiguan AllSpace.