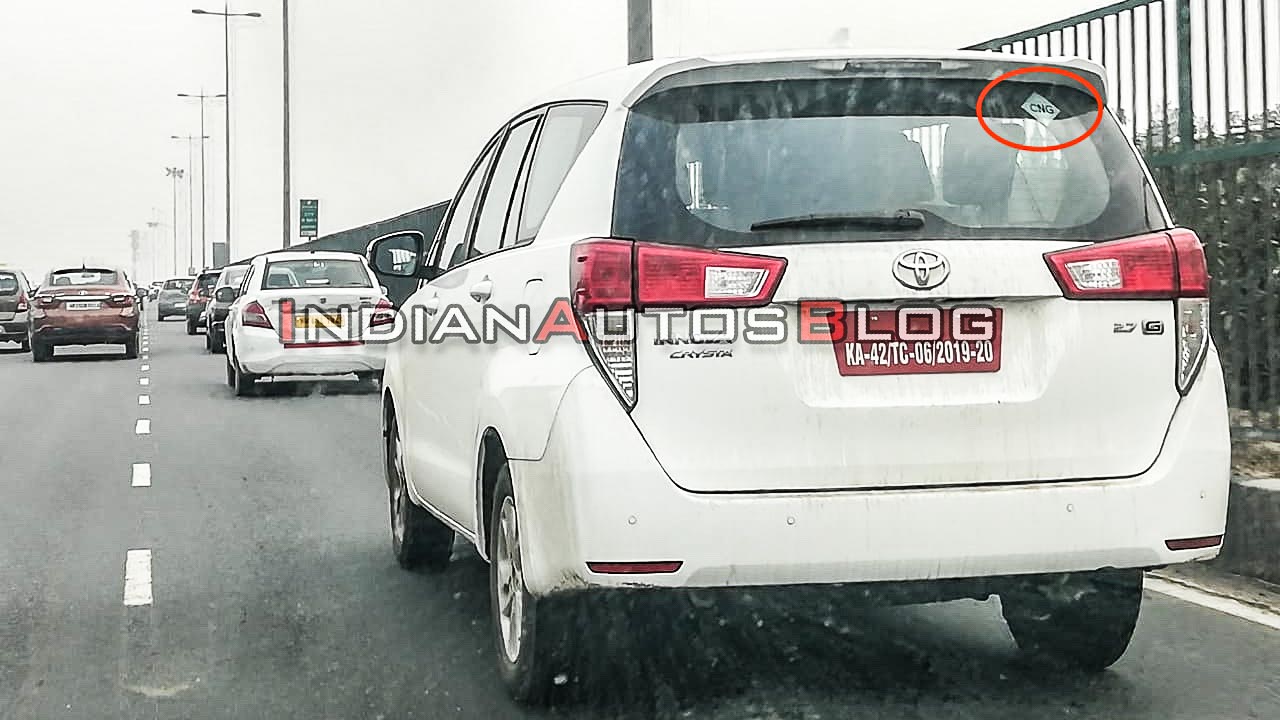 The Toyota Innova Crysta is easily the most popular MPV on the Indian market and arguably the best in the business as well. The Japanese automotive brand recently updated the MPV to BS6 emission standards earlier this month. Prices for the BS6 variants are quite expensive in comparison to its BS4 counterparts and the current ex-showroom starting price of Rs 15.36 lakh (for the GX MT 7-seater) is introductory.

The Toyota Innova has been available in both petrol and diesel formats from the very beginning, but now, for the very first time, a CNG variant of the popular MPV was spotted testing on public roads. Since the changes mostly remain under the bonnet, the pre-production Innova Crysta CNG unit wore zero camouflage.

The petrol-CNG avatar of the Toyota MPV would most likely be the brand’s move to make the vehicle more approachable in between the raised BS6 prices. Furthermore, CNG variants could be an excellent choice for fleet operators and single-owner cab drivers. 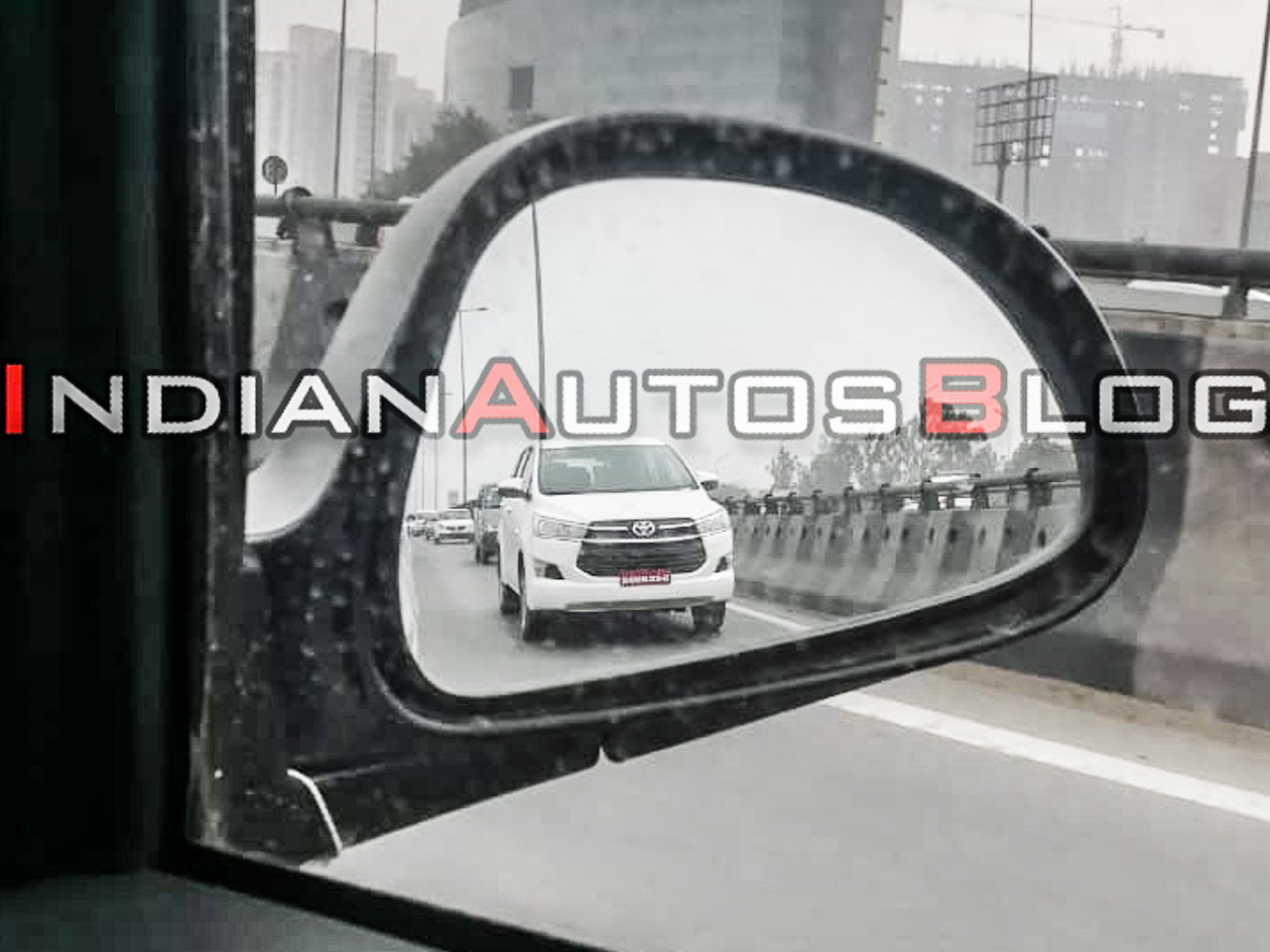 The Toyota Innova Crysta is currently available only with two engine options as opposed to three (1 petrol and two diesel units) in the BS4 avatar. The 2.7-litre dual-VVT-i petrol engine makes 164bhp and 245Nm of torque while mated to a 5-speed manual or a 6-speed automatic. The CNG variant would be based on this power plant and may produce slightly lesser power figures and the transmission choices would be limited to just the manual.

On the other hand, the more popular 2.4-litre diesel engine is good for 148bhp and 343Nm of torque while coupled to a 5-speed manual transmission. However, the torque rises to 360Nm with the 6-speed automatic transmission.

To the fans of the Innova generations, BS6-updation came as a disappointment since the brand ditched the old BS4 2.8-litre diesel mill. At 172bhp and 360Nm, the 2.8 variant was quite impressive in terms of performance and came mated only to a 6-speed automatic.

On the bright side, the Toyota Innova Crysta now gets stability control, emergency brake signal and hill assist as part of the standard package. Prices for the petrol variants start at Rs 15.36 lakh and goes up to Rs 22 lakh while the figures begin at a higher Rs 16.14 lakh and touch Rs 24.06 lakh for the diesel trims. The prices are ex-showroom and the on-road cost for the top-end model with some extra accessories will easily touch the 30-lakh-mark.

As mentioned before, the prices are introductory and BS6 models will begin their roll-out only next month. With no direct rivals, the Innova Crysta has the Mahindra Marazzo as a cheaper alternative while the upcoming Kia Carnival could be an excellent choice higher up on the price chart.