Tepid sales continued through the month of November for Toyota Kirloskar Motors. The company has posted a YoY decline of 22 percent in domestic markets with sales of 8,312 units down from 10,721 units sold in the same month of the previous year.

Sales in the past month were also lower by as much as 35 percent to 5,999 units when compared to 9,173 units sold in October 2019, without taking the Glanza, the rebadged Maruti Suzuki Baleno, into account.

When considering both domestic sales and exports in November 2019, numbers stood at 9,241 units, down 19 percent when compared to 11,390 units sold in the year ago period. 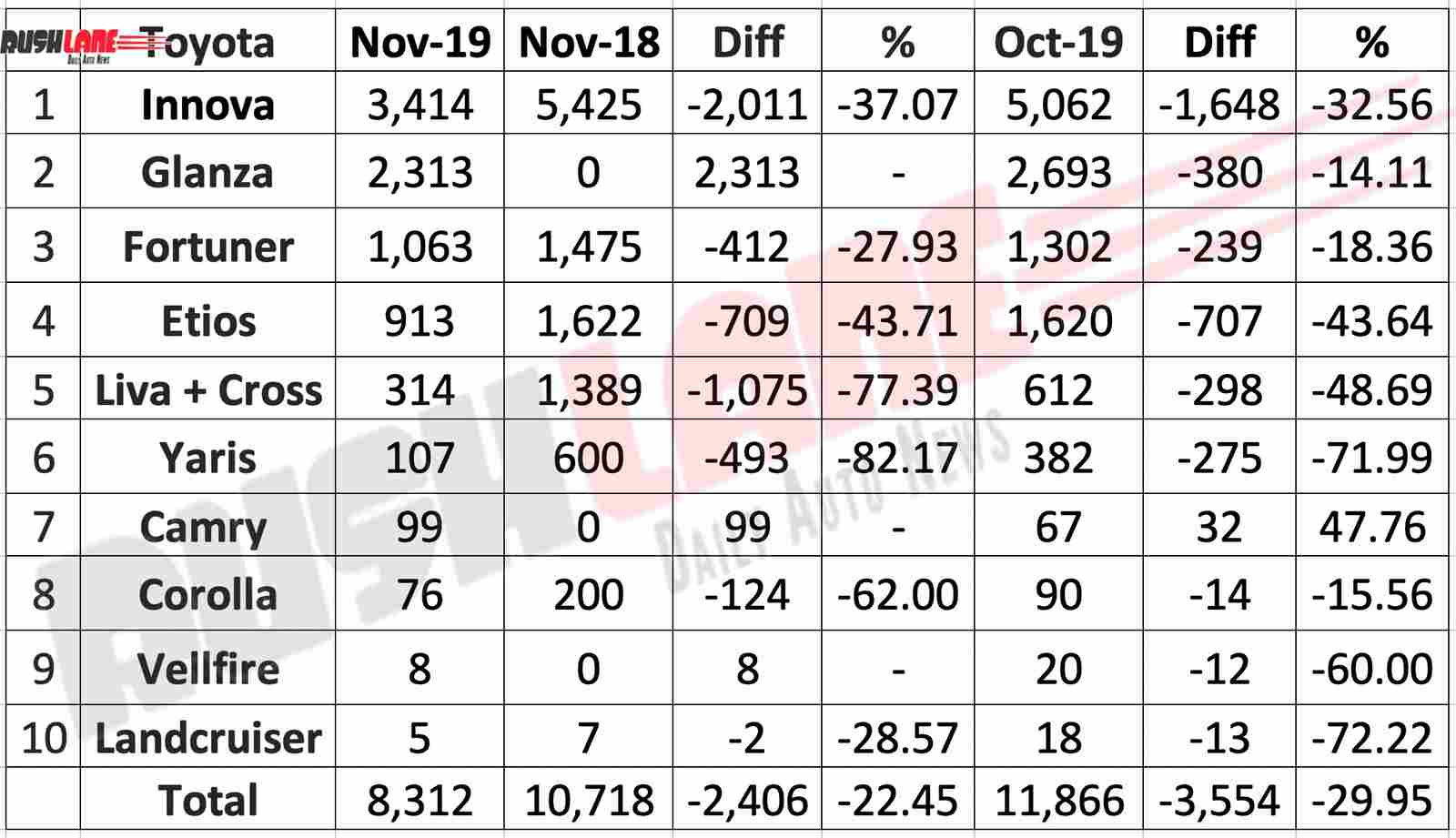 Toyota Kirloskar Motors also plans BS6 compliant versions of its two highest selling models, the Innova Crysta and Fortuner. The update will also see an increase in prices by 15-20 percent which will mean that the two models could get more expensive by Rs.3-5 lakhs depending on variant.

The Innova Crysta is currently priced at Rs 14.93 – Rs 23.47 lakhs while the Fortuner is in the price range of Rs 27.83 lakh – Rs 33.60 lakhs. The company also plans to discontinue the Etios Liva hatchback, Etios sedan and Etios Cross prior to the implementation of BS6 emission norms as upgrade of the Etios 1.4 liter D-4D diesel engine would not be economically feasible.

Toyota also expects to note an increase in sales over the coming months as customers could be aware of the increased prices by around 20 percent post the BS6 transition. New launches incoming from Toyota India include – Vellfire luxury MPV, rebadged Maruti Brezza, Maruti Ciaz and Maruti Ertiga.