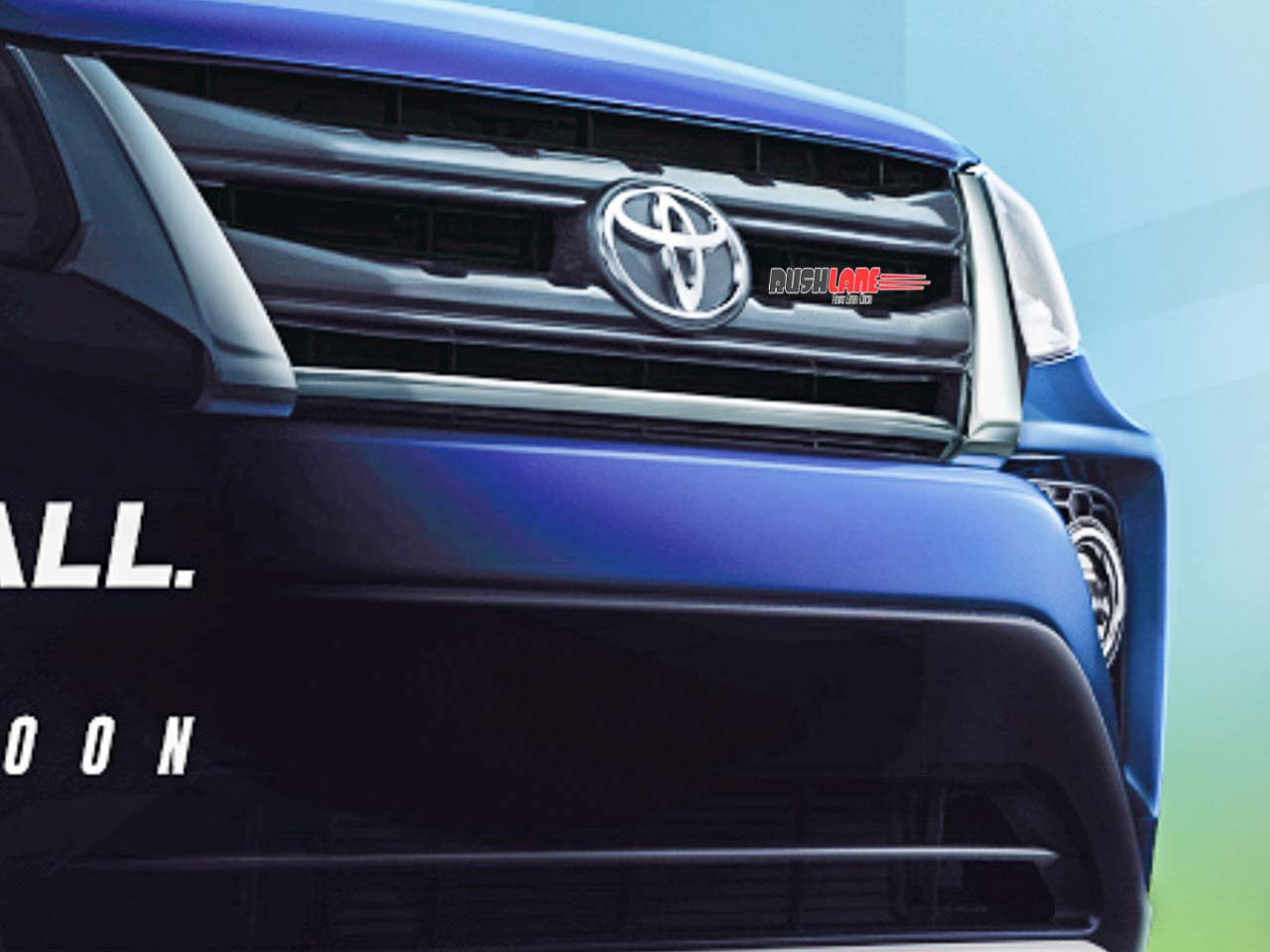 A deal signed between Suzuki and Toyota in 2018, has allowed Toyota to launch rebadged Maruti Suzuki products in India. The first was the Glanza premium hatchback, based on the Maruti Suzuki Baleno which was launched in June 2019. Now the company gears up for the second such offering with the Toyota Urban Cruiser which is based on the Maruti Vitara Brezza. The Toyota Urban Cruiser marks the entry of the automaker into a highly competitive compact SUV segment.

Today, Toyota India has announced that bookings of Urban Cruiser will officially open from 22nd Aug. Bookings will be accepted online on Toyota website, as well as offline, at their official dealers. Booking amount is Rs 11,000.

Launch date mentioned earlier is hereby redacted. Apologies to Toyota Kirloskar Motor for dissemination of confidential information as TKM did not make this information available for print.

Mr. Naveen Soni, Senior Vice President, Sales and Services, TKM, said, “We are very excited about our latest offering- the Urban Cruiser, as it has already started receiving a lot of attention & enquiries from interested customers. We understand that our customers would like to know more about the new vehicle from Toyota, so that they can make an informed decision about the vehicle of their choice, this festive season. Hence, we wanted to further aid our customers with more information about the car before opening our bookings.”

Coming to its exterior features, Toyota Urban Cruiser will get Dual Chamber LED Projector Headlamps, LED DRLs, new twin slat front grille with chrome accents on the side – very similar to the Fortuner grille. It will also see a dual tone bumper, faux bull bar and skid plate, new fog lamp assembly, black finished ORVMs and will sit on new 16 inch diamond cut alloy wheels. When viewed from the side and rear, there is little difference between the two compact SUVs – Brezza and Urban Cruiser, except for the alloys.

The interior comforts, technology and safety equipment will see features on par with others in its segment. These would include steering mounted controls, climate control, keyless entry, a multi information display unit and a 7 inch infotainment system with Android Auto and Apple CarPlay. It will sport dual airbags, rear parking sensors and rear view camera and ABS and EBD as standard. It also gets Rain Sensing Wipers, Cruise Control and Electrochromic Inside Rear View Mirror (IRVM). Interiors are finished in Dual-Tone Dark Brown.

Mechanics stay the same on the Toyota Urban Cruiser as seen powering the Vitara Brezza. The 1.5 liter K15B petrol engine makes 103 hp power and 138 Nm torque mated to a 5 speed manual as standard or a 4 speed torque converter automatic. As Brezza does not get any diesel engine, the same will also not be seen on the Urban Cruiser.

Positioned between the Glanza hatchback and Yaris premium sedan, the Urban Cruiser is expected to be priced from around Rs.8 lakhs, around Rs.65,000 over the price of Vitara Brezza. The top end variant could be priced at Rs.11.5 lakhs. It will find itself in the midst of much competition in this segment. It will have to take on the Hyundai Venue, Mahindra XUV300, Ford EcoSport, Tata Nexon and upcoming Kia Sonet.