Lakshay Anand is a 19 year old biker who regularly vlogs about his road trips. Currently he is on an all India road trip. Part of his journey recently had him riding on the Mumbai to Goa route. He took the Mumbai-Pune Expressway as he says that is what Google Maps suggested. 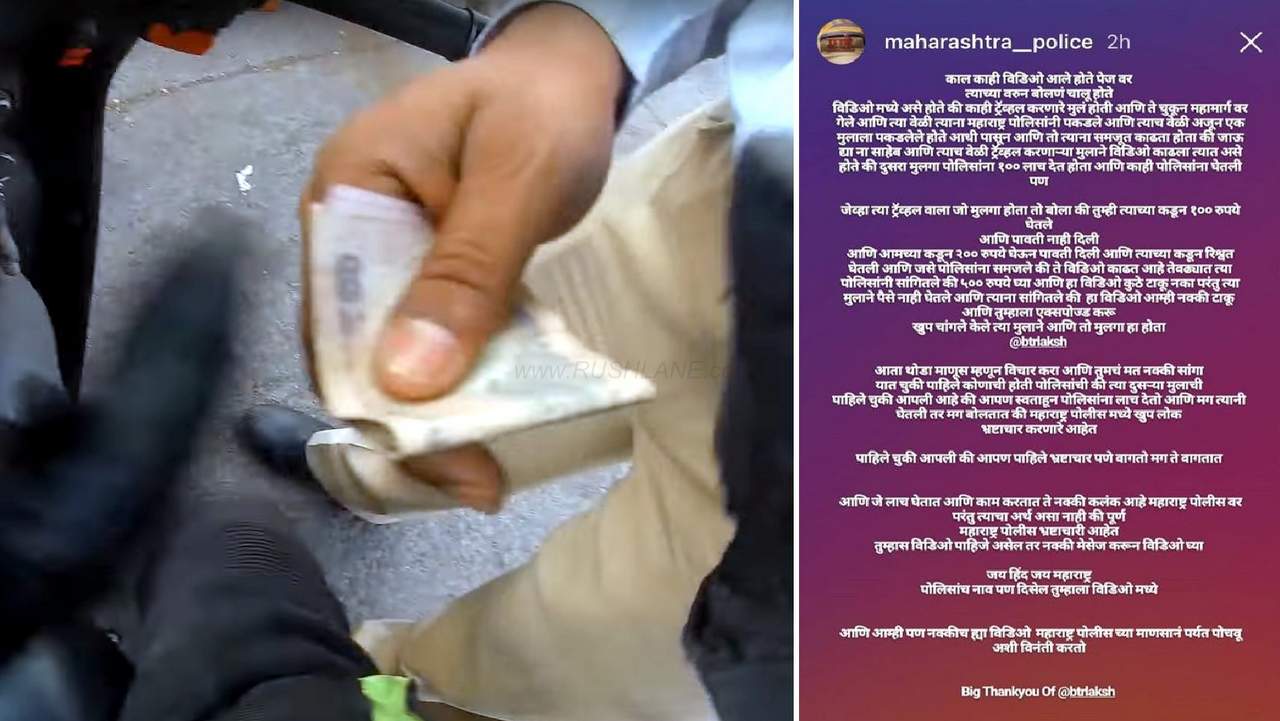 Something similar happened with Lakshay. He exited the Expressway toll, where he was stopped by Maharashtra Police constable. Usual procedure followed. License was given, explanation as to what was the rule broken, and so on. Cop said to pay fine as per rule, take receipt and he was free to go. Lakshay agreed. At the same time, there was another two wheeler rider who was stopped by the same cop. Lakshay sees that this rider offered bribe of Rs 100 to the cop, and he was not challaned. All this he got recorded on camera.

Later, when Lakshay was being challaned, he mentions to the on duty Police Officer that he has recorded the cop taking bribe and is going to share the video. It is at this point of time you can see in the video that the cops change their attitude towards Lakshay. Soon fine is paid, receipt is collected, and Lakshay gets ready to leave.

It is here that the same cop who collected bribe, comes back to Lakshay and requests him not to share the video online. He also offers Rs 500 to Lakshay, and asks him to forget what happened. Lakshay refuses and walks away. Watch the video below.

The video went viral on social media, and caught the attention of an Instagram account which is run in the name of Maharashtra Police. They publicly posted a Thank You note to Lakshay Anand, for sharing the video of cop taking bribe. Below is their message. 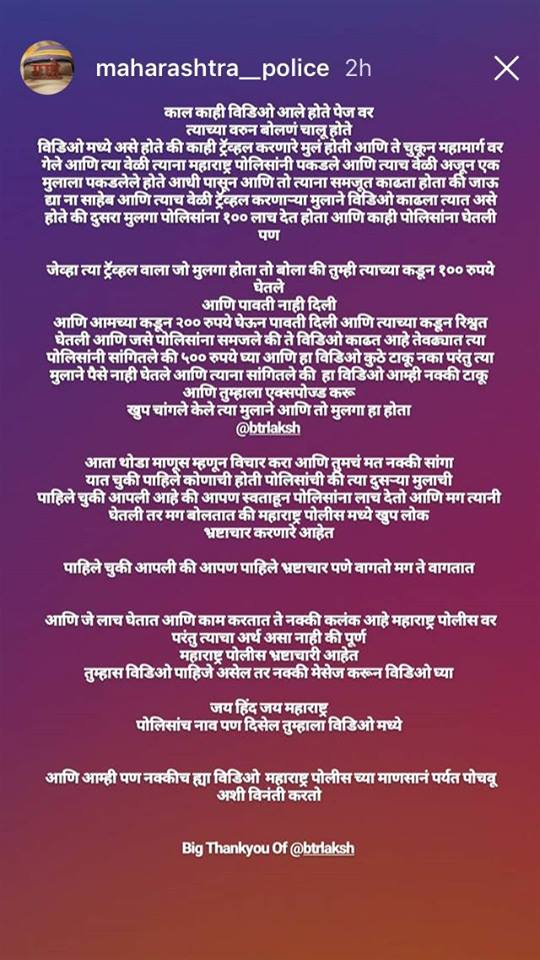 The message is in Marathi. The first part explains what happened. Then, the follower appreciates the fact Lakshay did not take the Rs 500 bribe he was offered by the on-duty cop. Then the note says that readers should think of this episode in a more logical way. Though the cop is at wrong here, but they also say that it is the person who offers bribe, who is at fault first. Not all cops accept bribes.