James Bond movie no 25, No Time To Die will feature a special Triumph Scrambler 1200

James Bond movie franchise and its association with British automotive brands is a longstanding tradition. It is something auto enthusiasts eagerly anticipate when every Bond movie inches closer to its release date. The 25th James Bond movie, No Time to Die, was originally supposed to be released worldwide in April but it has been postponed due to the pandemic.

As the fans wait for Daniel Craig to do his thing on the big screen, Triumph Motorcycle has announced a special edition Scrambler 1200 to celebrate its collaboration with the popular movie franchise. The Triumph Scrambler 1200 Bond Edition is limited to just 250 units worldwide, and as the name suggests, is inspired by the custom Scrambler 1200 motorcycles featured in No Time to Die’s action sequences.

Based on the top-end Scrambler 1200 XE, the Bond Edition features ‘premium 007 bodywork’, complete with exhaust number board, lower side panel finisher (with 007 badge), leather seat with embroidered logo and an interesting Bond instrument startup TFT screen. The Sapphire black paint scheme has been derived from the Scrambler ridden by James Bond in the upcoming movie. 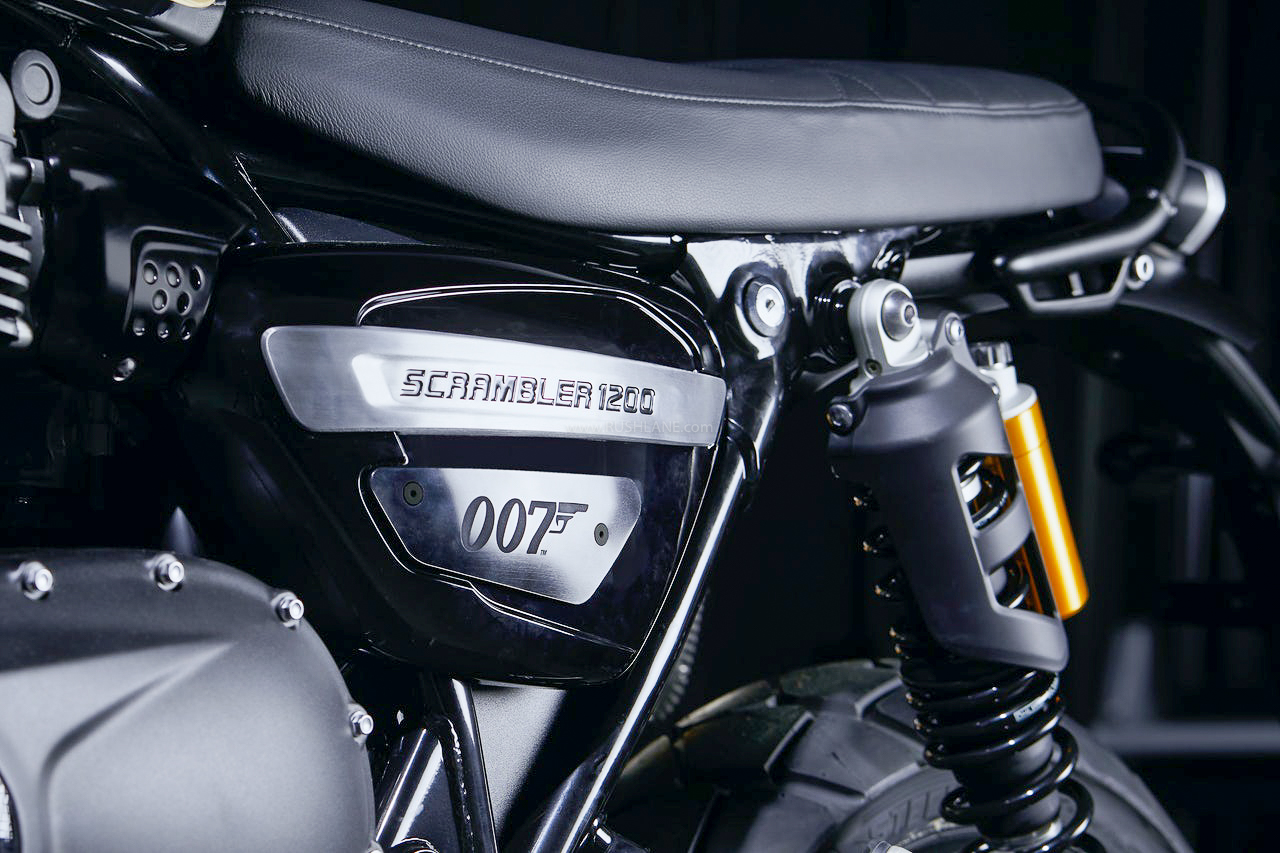 Each of the 250 units will carry a numbered plaque and will be accompanied by special Bond handover pack which will include a leather rucksack, Bond branded bike cover and a numbered letter hand-signed by the brand’s CEO Nick Bloor. Bookings for the special edition are open across the world from today. Prices have not been revealed yet but expect a considerable premium over the Scrambler 1200 XE.

The ultra-rare special edition would be delivered to the customers later this year. If you fancy owning one, you better to hurry up.