Disclaimer – As the manufacturer has blacklisted Rushlane from it’s events/rides, development reports are reliant on third party sources.

The TVS Zeppelin concept which was showcased at the Auto Expo 2018 earlier this month previewed a compact power cruiser which looked not far off from being production ready (at least as far as the styling is concerned). The production version would be rivaling the popular Bajaj Avenger cruiser with sportier appeal being its USP.

According to Motoroids’ sources, TVS is also working on a second production model based on the Zeppelin concept’s platform. The variant in question is reported to adopt a traditional street motorcycle body style like the classic Triumph Bonneville, only in a much more compact form. 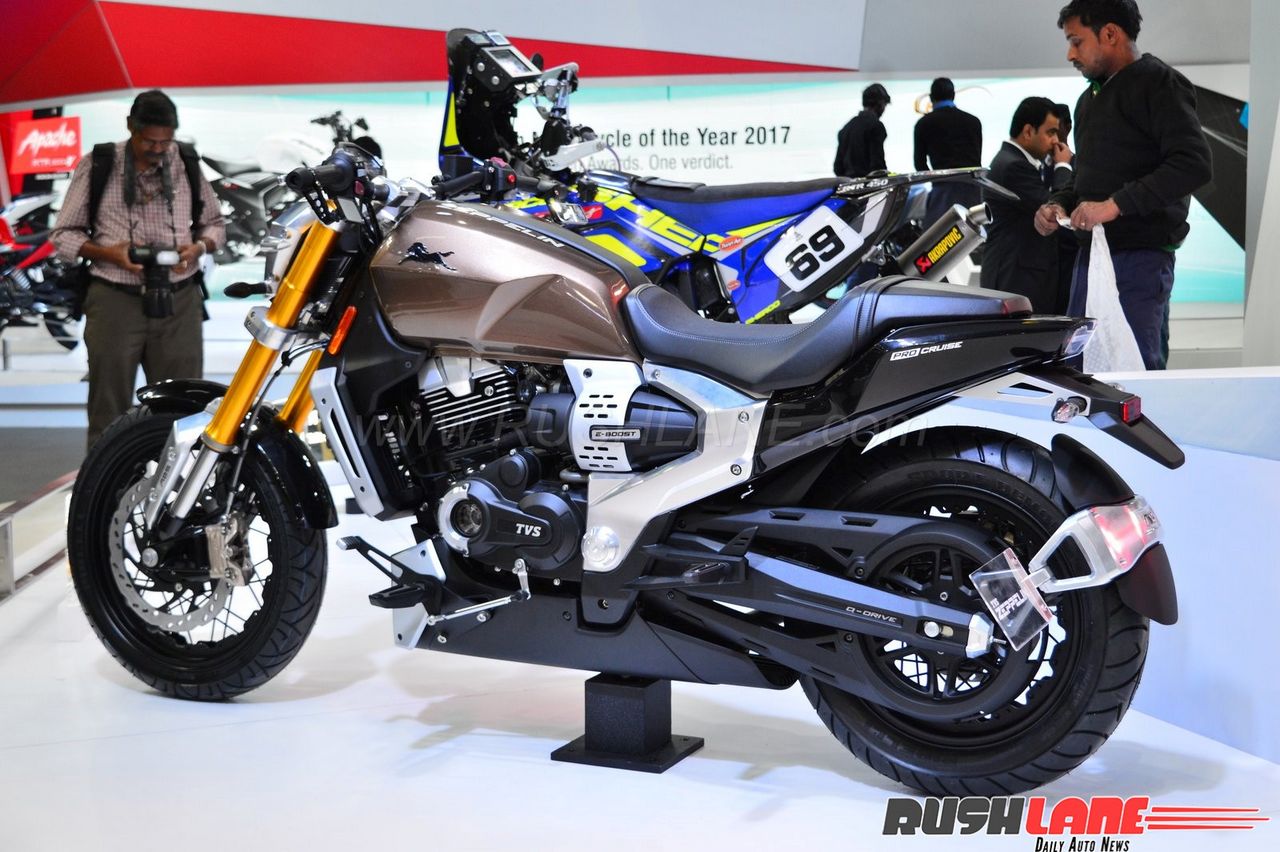 An affordable retro classic offering from TVS could prove to be an attractive proposition for the prospective buyers in the compact sportsbike segment. Both bikes will target different set of customers. The smaller one, which could be powered by a Apache 200 engine, will rival the Bajaj Avenger range, while the bigger one, powered by Apache 310 engine / BMW engine, could rival more the likes of Royal Enfield.

Both models are expected to carry forward the concept’s Integrated Starter Generator (ISG) which helps the motorcycle start faster. However, the regenerative assist motor with Li-ion battery pack is not likely to make it to the market. The upcoming TVS motorcycles would help the manufacturer widen its audience base in the highly lucrative entry-level compact sportsbike segment. 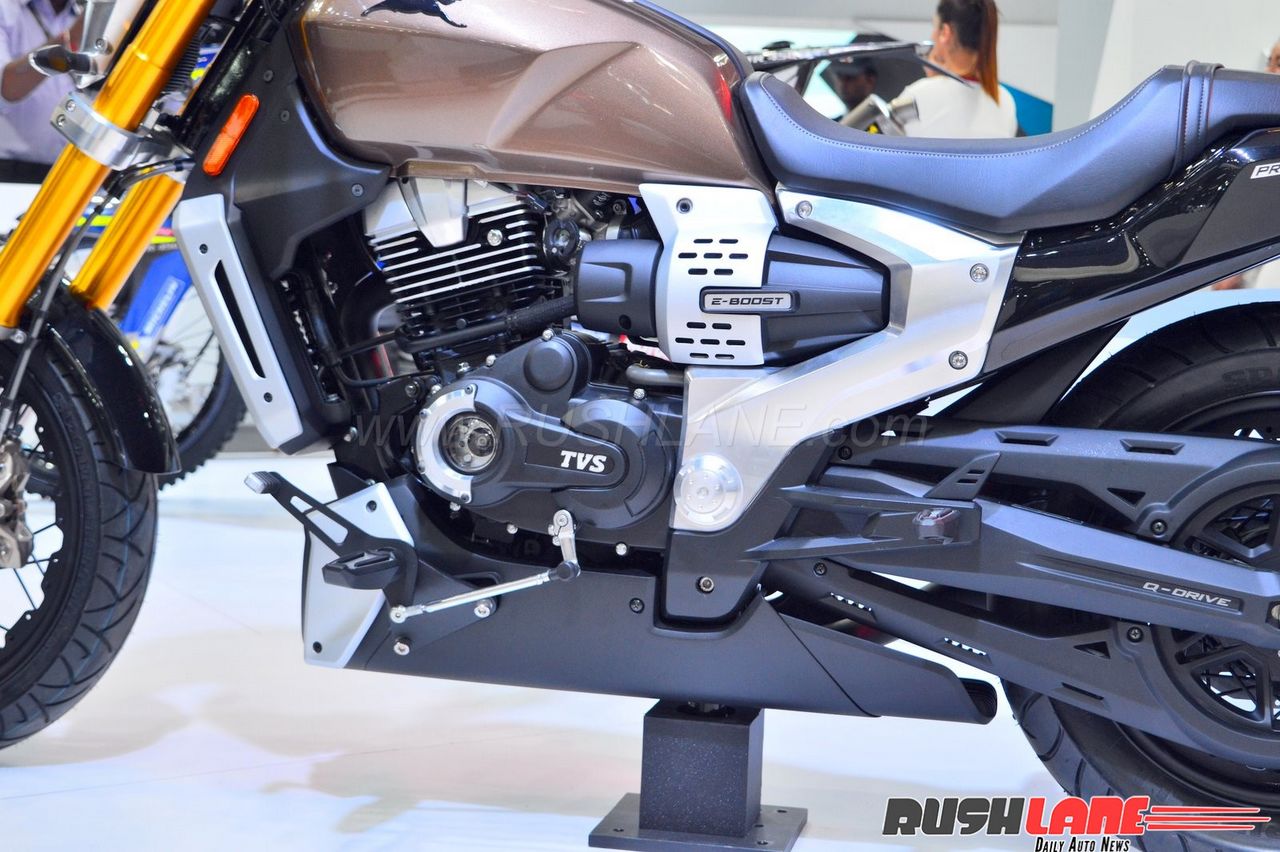 As of now, RE is the leader in this segment. Many players are trying to get into this space. Bajaj is trying to push Dominar, but has not had desired success. They last year announced tie-up with Triumph and announced that they will launch an entry level motorcycle. Though details have not been revealed, it is expected to be a entry level cruiser in the Bonneville range (sub 500cc).

Apart from this, Honda, Suzuki and Yamaha are also planning on entering this segment. The entry level cruiser segment is experiencing a huge growth in demand. Will these new cruisers manage to bring an end in growth of RE sales? Only time will tell.