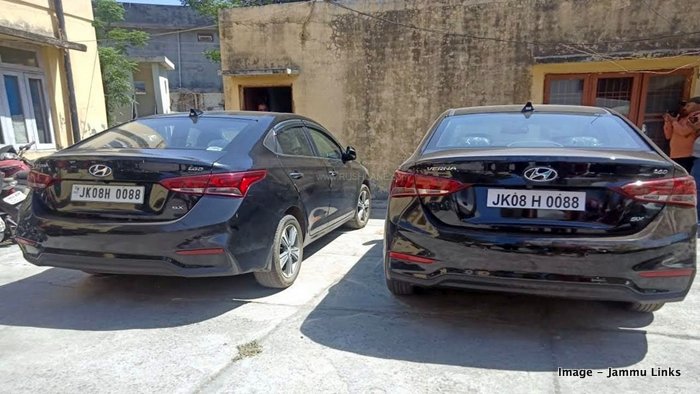 Two separate cases have come to the light of RTO officials and traffic police. In both cases, two cars of similar make, model and colour were wearing same license plates. One case was of two Hyundai Verna’s while the other was of two Mahindra XUV500. But how did the cases come to light?

The Hyundai Verna case came to light only when the owner saw the same car with same number plate like his own car. It was when Jatinder Sharma of Lakhanpur reported a complaint that he owns a Hyundai Verna with registration number JK08H-0088, found identical to another car of the same make and color in the same area that the police swung into action.

Sharma, in his compliant stated that he noted another Hyundai Verna with the same registration number in his town of Lakhanpur. This privately owned black colored Hyundai Verna also sported the Registration No.JK08H-0088 and was purchased from one Mohd Rafiq, S/o Bashir Ahmed, R/o Broindhai Hatli Kathua. 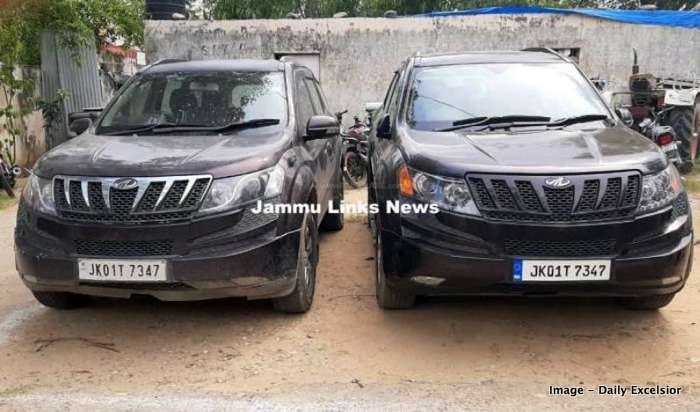 FIR No.29/2019 U/S 420 RPC was registered and the police team headed by Inspector Rajesh Sharma has immediately impounded both the cars and investigations are underway as to the reasons behind using the duplicate number plate. According to initial investigations, the car belonging to Mohd Rafiq gets the original registration number as per RTO.

Hence the police have arrested a person who sold the car to the complainant and further investigations are underway to see if there was any other malicious intent in duplicating the registration number on the second Hyundai Verna.There is a possibility that the person who sold the car to Jarindar Sharma was trying to save road tax and registration and hence did not get the Hyundai Verna registered with the RTO.

Apart from the case of Hyundai Verna, there is one more similar case which has been reported from Jammu and Kashmir. This involves two Mahindra XUV500 cars wearing the same number plate. Unlike the Hyundai Verna, where only one of them was wearing HSRP number plate, in the case of XUV500, both cars are wearing HSRP number plate. This has made it difficult for the police and RTO officials to figure out which one is original and which one is duplicate.

To avoid such instances, buyers should check documents such as registration certificates which should match those of the car chassis number and VIN number. The dealers antecedents should be ascertained prior to purchasing a car as unregistered cars and those involving a fake registration number plate is an offence and subject to arrest.