Set for launch in India in August 2018, the upcoming Mahindra MPV has been spied again. This time, two different variants have been spied, being tested along side each other. One is badged U-081, the other is badged U-079.

The new Mahindra MPV is being actively tested and the latest test mule was seen on the streets of Nashik by reader Jijo. Despite camouflage, certain exterior and interior details of the U321 MPV have been brought to the fore. 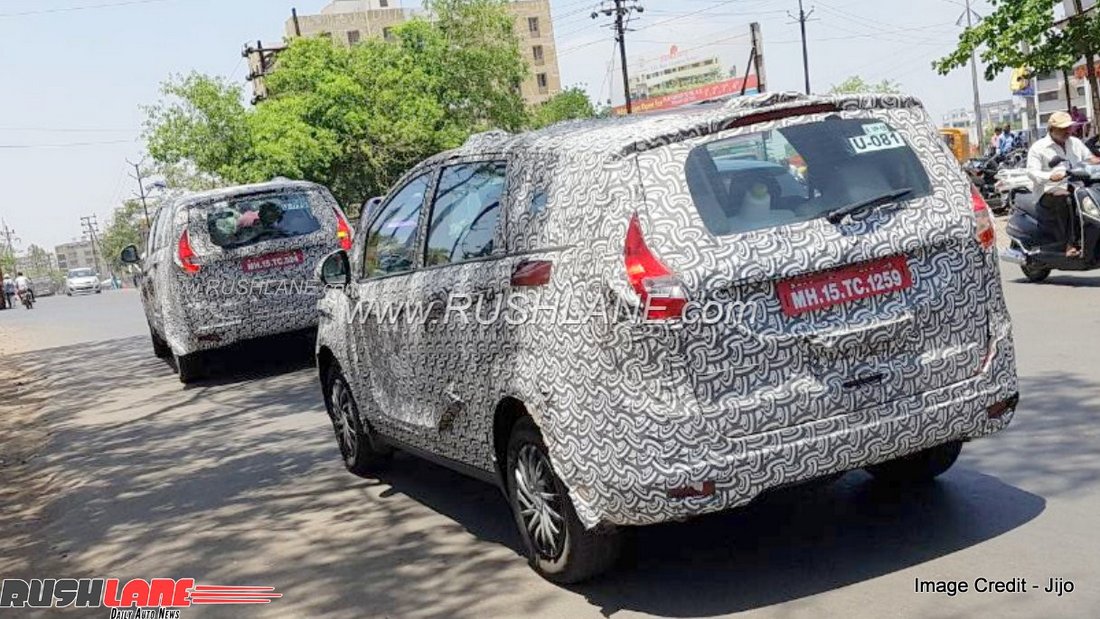 The model on test sported 6 split spoke two tone alloy wheels, black headlamp bezels and Mahindra signature front grille with chrome surrounds. It also gets wrap around headlamps with projector lamps, angular fog lamps and LED DRLs. Large rear view mirrors with integrated turn signals and a large tail gate are also to be seen on the Mahindra U321 once officially launched in India.

The cabin will sport a new look. It is positioned on a longer wheelbase which will result in more interior space while better equipment and added comfort features will also be noted. The cabin, which is done up a dual tone effect, gets piano black dashboard panel, a new touchscreen infotainment system, new steering wheel design and automatic air-conditioning on top end variants. 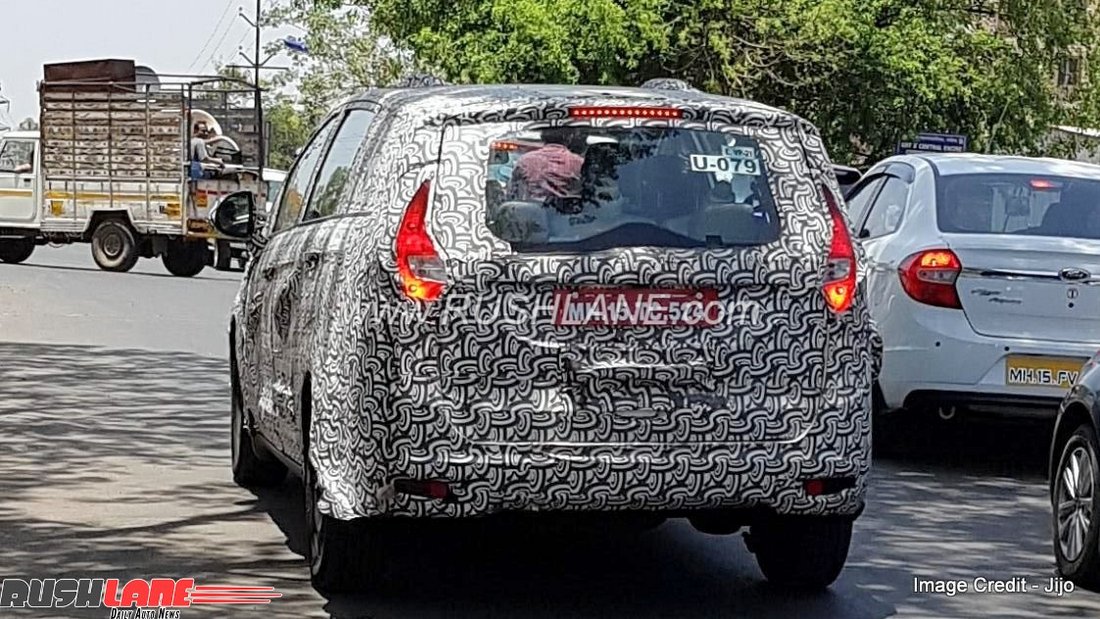 In terms of safety, the U321 from Mahindra will get an efficient braking system with disc brakes in front and drum brakes at the rear to be seen on base models while top end variants get disc brakes at both ends. ABS with EBD will be offered as standard along with dual airbags while top end variants also get side and curtain airbags. Parking assist, parking sensors and parking camera are also a part of its safety features.

Mahindra U321 is expected to be powered by a 2.0 liter engine offering 140 PS power and 320 Nm torque mated to a 6 speed manual or 6 speed automatic transmission sending power to rear wheels. In terms of competition, the Mahindra U321 MPV will only take on the Toyota Innova Crysta upon launch in India.