Meanwhile, somewhere in the Arabian Sea awaits a Uber driver

ETA on rideshare apps are more or less accurate, give or take 5-15 minutes depending on varying factors: driver knowledge of your pick up location, forced popular pickup location and driver’s unwillingness to move beyond pick up location, back gate – front gate confusion, Uber driver grudgingly inferring ride cancellation cause he’s some twenty minutes away, and multiple other small niggles.

Whatever your concerns, it’s hard to beat Hussain Shaikh’s predicament. His cab booking last month showed a sole Maruti Suzuki WagonR left to its own devices at sea. It’s the making of an Arabian Nights odyssey. Like they say, ‘Arabian nights, like Arabian days; More often than not; Are hotter than hot; In a lot of good ways.’ All strange things must be remembered. The incident brought about a radio interview opportunity for Hussain. 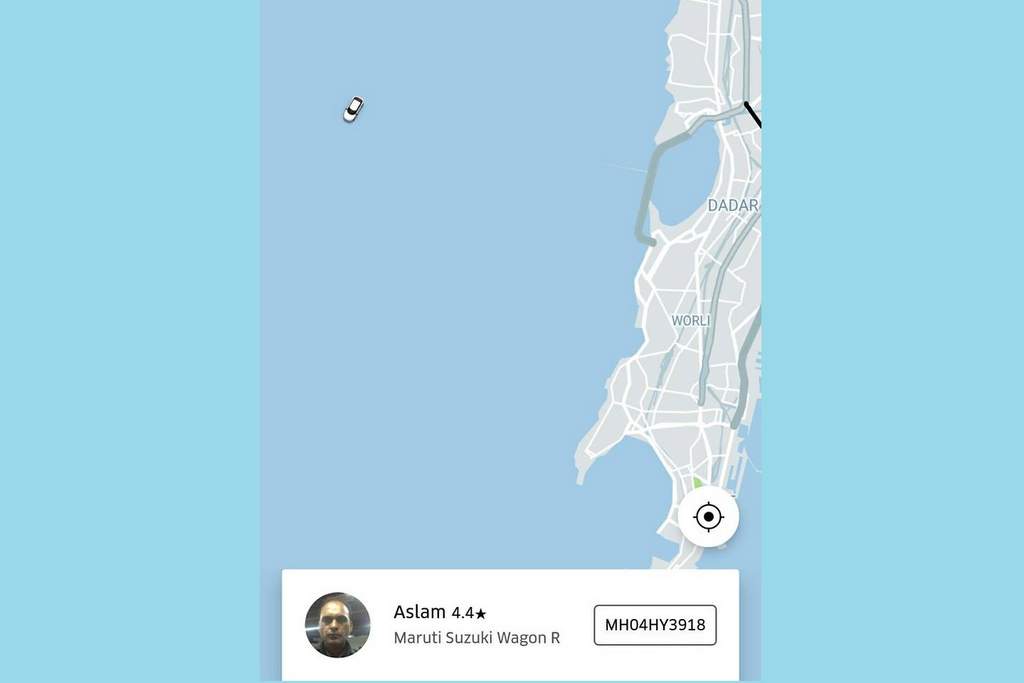 Needless to say, finding your cab supposedly wading the Arabian Sea is the stuff of the future when amphibious vehicles swing by for a pick-up. Better still, a yellow submarine. Until then, dear seafarers, the glitch remains fertile ground for social media memes, and resultant jokes.

Here’s a drop location for Harsha that proposed a water landing (Hussain Sagar lake) in Hyderabad. Drop location: Tank Bund. Wondering how Uber driver mapping can be off the chart? 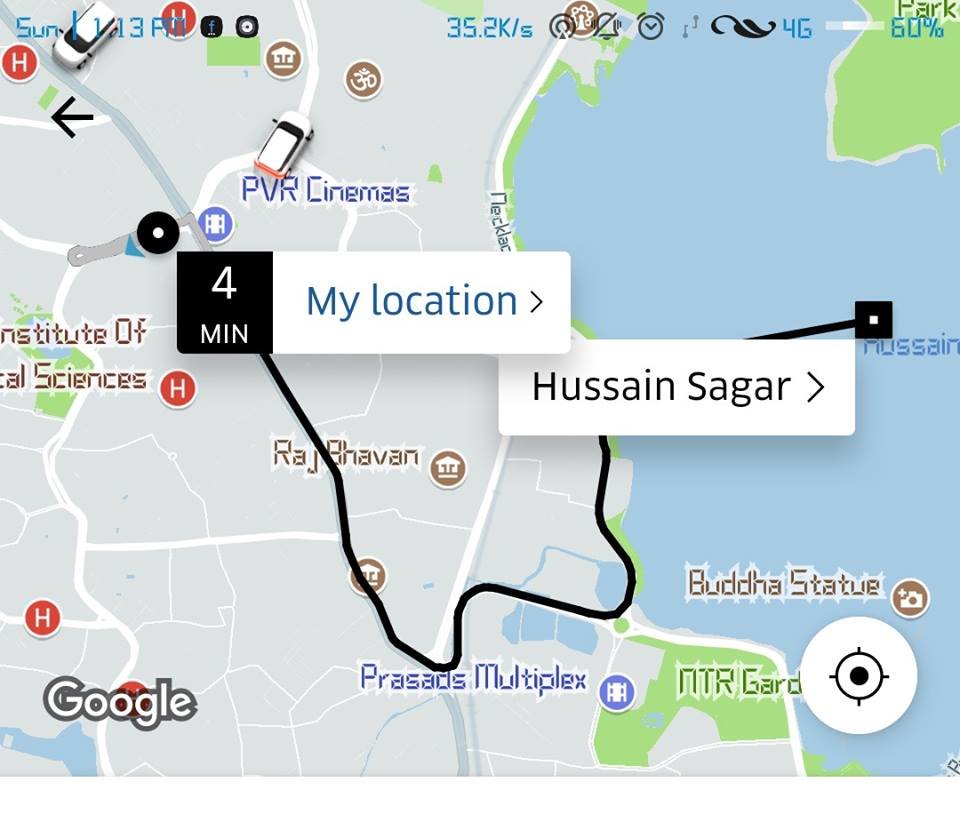 Well, ride share apps work with multiple partners for a hasslefree service, but shit happens. Here’s how you can connect to offer feedback on mapping efforts.

We’ve come a long way from pre-booked cab services from a decade earlier. And as irritating as it maybe to wait for what seems like an eternity, ride share apps are now a way of life. Between multiple Uber taxi ride options and Uber Auto, Uber Seaways doesn’t seem like a proposition that’s going to fly. What’s been the farthest distance between you and a Uber driver?