Under construction flyover collapses – Falls over a traffic jam in Varanasi, 18 dead

Tragedy struck at a flyover construction site in Varanasi. Two pillars of the flyover collapsed, and fell on the multiple cars underneath. The incident happened near Varanasi’s Cancer Hospital in Sigra near Cantt Railway Station.

Once the pillars collapsed, it brought down a slab of concrete on several cars and a local bus travelling below. The area where the incident happened, is one of the most crowded places in the city. Due to which, a 4 laned flyover was being built. Because of the flyover work ongoing, traffic jams during peak hours was a norm. The cars below the flyover had nowhere to go, as they were stuck in jam. 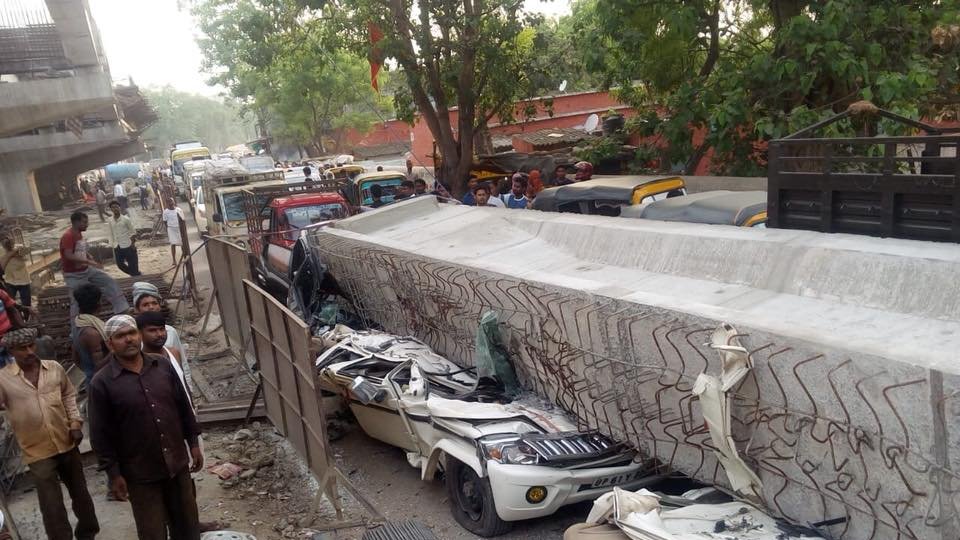 While many persons were pulled out of the debris, many more feared trapped are said to be laborers who were working on the flyover at the time of the mishap. 5 teams of National Disaster Response Force consisting of 250 personnel have been deployed to conduct rescue operations while many policemen are also present at the spot. The flyover was being constructed to connect Varanasi Cantt railway station with Lehertara.

4 officials have been suspended and the UP Government is closely monitoring the situation in helping those who are affected by this crash. PM Narendra Modi has expressed shock and concern over this incident and has said that he will be discussing the situation with CM Yogi Adityanath. 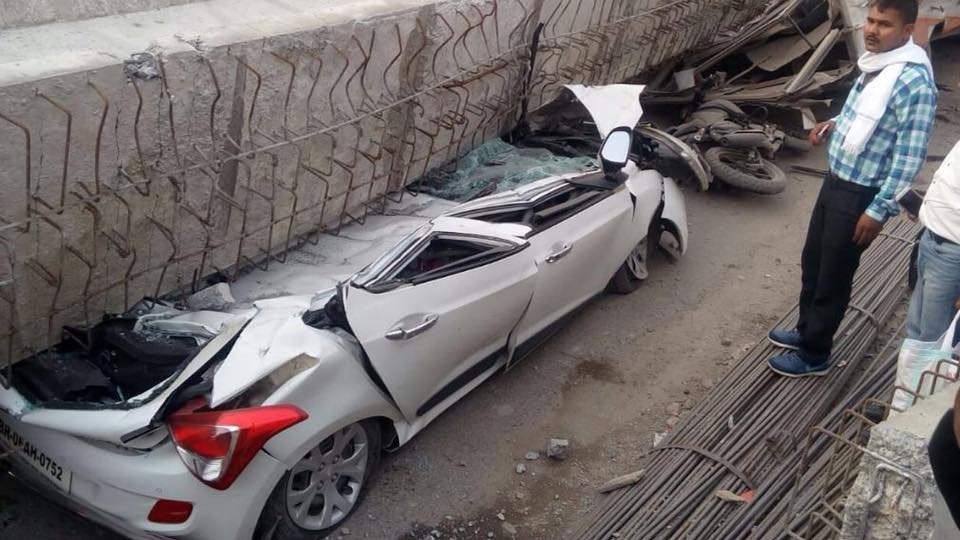 Compensation has been announced of INR 5 lakhs to the next of kin of those deceased while INR 2 lakhs will be allotted to those seriously injured. A special committee has been set up to further investigate the incident and a report has been sought within 15 days.

The flyover of 2,261 meters in length is being constructed at a cost of INR 129 crores. It is being built by the Uttar Pradesh State Bridge Corporation and 56% of the work is complete. The portion that collapsed was laid in February.

As per district officials, the under-construction flyover did not follow any safety regulations. All safety rules and regulations were grossly violated. The flyover was being constructed by government agency and contractor.