This could be attributed to the exceptionally high number of new car launches or facelifts of old models during the period January –December 2018. This saw an influx of used cars less than 2 years old in the market which had clocked less than 20,000 kms. 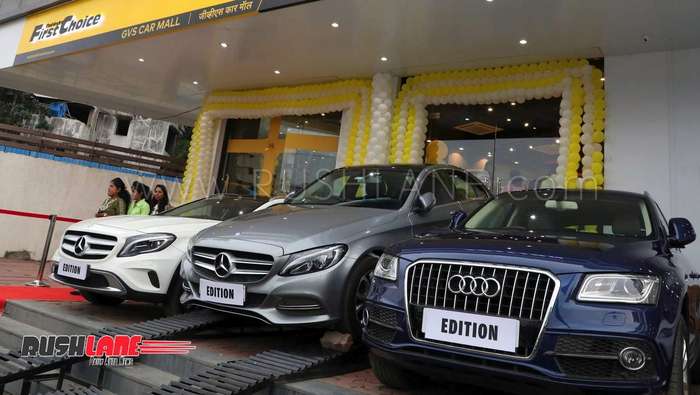 Analysts are also of the opinion that this trend will increase and while the ratio is seen at just over 1 in India is set to move to 2 or 3 as is seen in other major economies line Germany, US and Brazil. That means, in the coming years, compared to new car business, used car business is set to grow at a much faster pace.

Sales in the used car segment are made easier with the launch of new entities under the umbrella of popular car makers. For example, Maruti has True Value, Mahindra has First Choice, Toyota has U-Trust, Hyundai has H-Promise, Renault has Renault Selection, Tata has Assured Cars. These showrooms offer customer centric facilities, easy finance options and also have a better profit margin to work on as compared that the fixed profit margin seen where new vehicles are concerned. To make deal more attractive, these used car dealers also offer extended warranty, free service for 6 months, warranty, exchange offers, etc. These offers are similar to those seen on the new car market. Apart from these factors, there is the question of fuel prices which offers a better value proposition in terms of used cars.

While the second hand car market is growing, the new car market is in dire straits. Maruti Suzuki India Limited has been citing flat sales over the past 8 months. The company has even cut total production by 8.3 percent in February 2019 due to subdued sales.