To be inaugurated in September-end, 2020, Rohtang Tunnel, aka Atal Tunnel; named after former prime minister Atal Bihari Vajpayee has been built 3,000 metres or 10,171 feet above sea level. This tunnel will reduce the journey time between Manali, Himachal Pradesh and Leh in Ladakh. The project cost Rs 3,200-crore.

The project is an absolute essential one when it comes to daily commute, and faster transportation, something that has been tiresome and time consuming for locals, as routes in the region are difficult. The tunnel reduces the distance between Manali and Leh from 474-km by 46km to 428 kms, and reduces the journey time by two-and-a-half hours.

Australian tunnelling methods were deployed, alongside Australian ventilation system. DRDO helped with design aspects to keep out snow and avalanches. Tech support system comprises of a fire hydrant every 60 metres, telephone every 150 metres, and emergency exit every 500 metres.

Air quality monitoring system is placed at every km mark, and turning caverns are positioned every 2.2 km. Broadcasting system and automatic incident detection system with CCTV cameras are positioned at regular intervals.

Having taken 20 years of planning gruelling work to become a reality, it was announced by former prime minister Atal Bihari Vajpayee on June 3, 2000.  Atal Tunnel project work has been carried out by Border Roads Organisation (BRO), and involved geological challenges, which are listed as reasons for project deadline extension since digging started in 2011.

Completion date had earlier been announced as February 2015. Feasibility study was carried out in May 1990, geological report submitted in June 2004, tech approval was signed off in 2003, and foundation stone laid in July 2010. 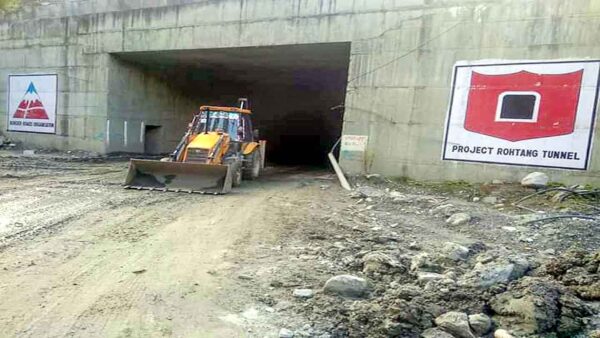 Other hindrances that affected project completion include water ingress from Seri Nullah, rock mining ban, delay in land allotment required for quarrying, and loose rock strata in the middle. Multiple real-time obstructions resulted in slow progress. Unprecedented and expected delays meant project cost swelled from an initial cost of  Rs 1,700 crore in 2010 to almost double, at Rs 3,200 crore by September 2020.

Atal Tunnel project work has been completed on the back of more than 700 men working in shifts. Coronavirus pandemic-enforced lockdown was addressed by proactive measures to be able to restart work. 8.8 kms in length, and 10 metres in width, Rohtang Tunnel was earlier estimated to be completed by May 2020. 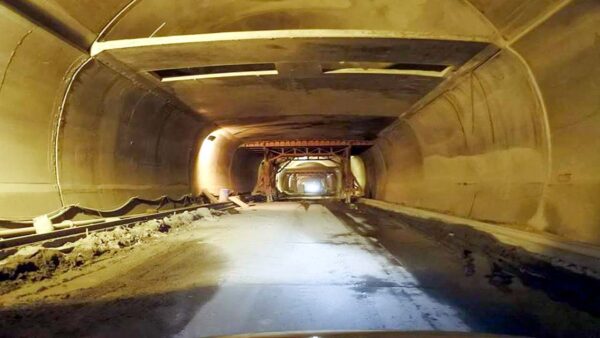 With temperatures in the region recorded at upto minus 30 degrees in winter, work in the cold months was particularly difficult. 8 lakh cubic meters of stone and soil have been extracted along the way.

Speed limit is pegged at 80 kmph. Apart from use by civilians, Atal Tunnel aids in troop mobility convenience to strategic frontiers in the region. A major requirement for the tunnel was to provide access/ road link to Lahaul and Spiti in the winters.

With a capacity of 3,000 vehicles to ply per day under all weather conditions, one can expect the tunnel route to quickly become a route of choice. Vistadome buses with a glass rooftop for a panoramic view along the route will be pressed into service along the Tunnel route. The Vistadome concept has already been adapted in a small way in scenic train routes in the mountains to offer commuters a panoramic view of such breathtakingly beautiful routes. Below is a video ov vistadome railway coach, for reference.