Polo RX was developed by Volkswagen Motorsport India team during their winter break, which is how it came to be known as the Winter Project. It utilizes the body of Volkswagen Polo, but everything else has been overhauled to make it track worthy. 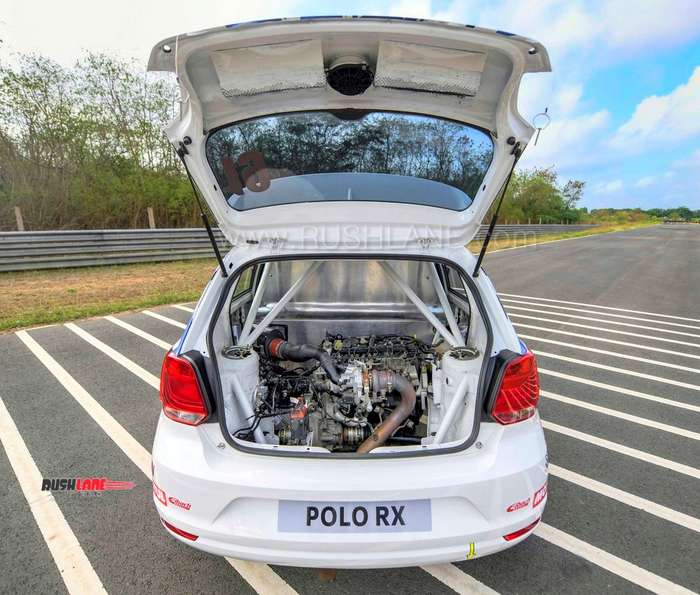 Polo RX has its engine at the rear and comes with rear-wheel drive. It utilizes a 1.8-litre direct injection turbocharged engine, which is the same unit used in Volkswagen Ameo Cup car. Ameo Cup car is one of the fastest saloon race cars in the country. Polo RX engine delivers 205 PS of max power at 6,100 rpm and 320 Nm of max torque. It has sequential gearbox and comes with paddle shifters.

One of the biggest challenges faced during Polo RX development was the compete redesign of drivetrain. As the engine was installed at the rear, everything else had to be accommodated at the rear such as gearbox and intercooler. Special mounts were created for newly designed rear suspension, fuel tank was shifted to the front and intercooler was installed beneath the rear seat. Air vents had to be rerouted to supply air to the engine and most of the wiring had to be altered. 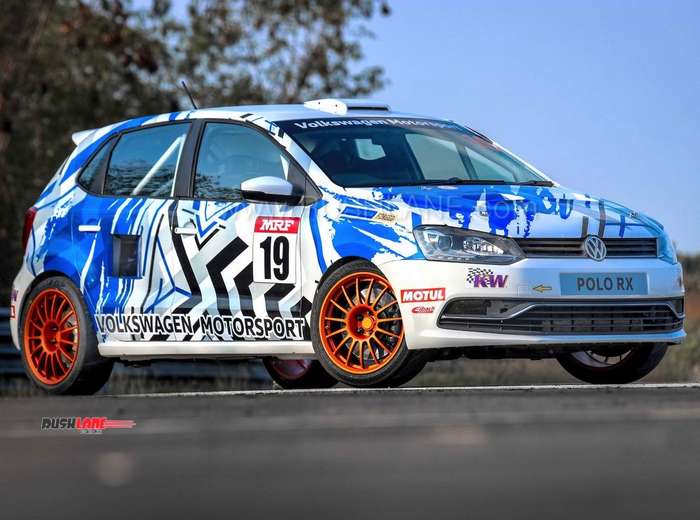 Track cars with rear engines and rear-wheel drive allow improved steering controls and better maneuverability when negotiating sharp turns. Overall performance is also increased significantly. As of now, Polo RX is not eligible to participate in any competitive events. However, Volkswagen Motorsport India can introduce changes sometime in future to make Polo RX comply with regulations, as applicable for motorsport events such as circuit racing, rallying and autocross.

Talking about the development that has gone into the car, Mr. Sirish Vissa, Head of Volkswagen Motorsport India said, “I am extremely excited about our ‘Winter Project’ car! It is commendable how the team has managed to pull off this project with limited access to high end software and technology. Young engineers and technicians in the team have shown real calibre by getting this masterpiece ready in less than three weeks!” He further added, “A rear engine, rear wheel drive car is tremendously different in terms of its performance as compared to our conventional front-engine, front wheel drive race cars. With the rear wheel managing the acceleration, the front wheels have more freedom to turn the car sharply and quickly, thereby enhancing its dynamic performance to a great extent.”