Volkswagen Taigun unveiled in India – Based on MQB A0 IN platform 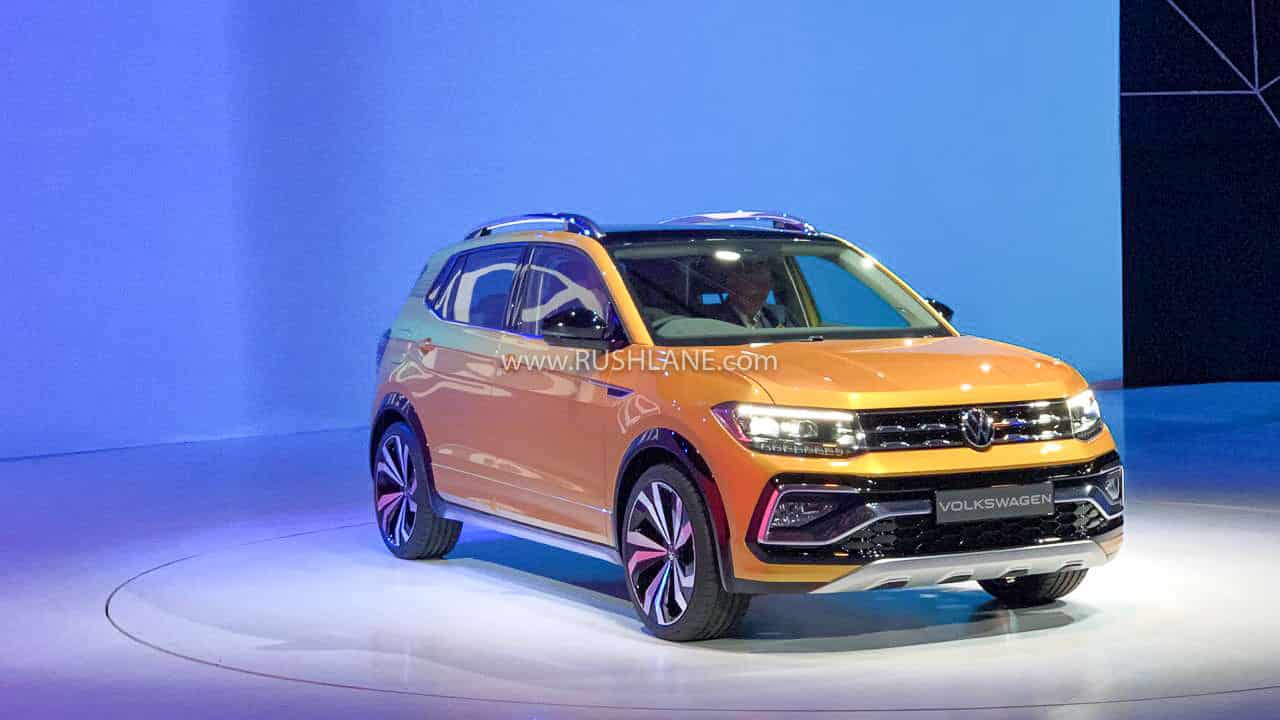 The new Volkswagen Taigun is a shortened T-Cross for the Indian market, packing a lot of features and technology in a compact profile.

Skoda Auto Volkswagen India has pulled off quite a spectacle at the group’s first-of-its-kind Media Night. Under the wings of the automotive group, Volkswagen, Skoda, Audi, Porsche and Lamborghini have shared their plans for the Indian market in the form of premieres, discussions, unveils and launches. In this regard, Volkswagen India has brought down one of the first products under the India 2.0 product strategy (in partnership with Skoda Auto) — the Volkswagen Taigun crossover.

The Volkswagen Taigun is basically a shortened version of the T-Cross five-seater premium crossover available in the global market. However, the Taigun has been extensively re-engineered to meet the demands and aspirations of India’s premium 5-seater SUV or crossover market. Still, the final model which will hit our roads in a few months’ time may be a bit different and ‘toned-down’. One can be sure that the stunningly-large five-spoke alloy wheels won’t make it to the Indian market. 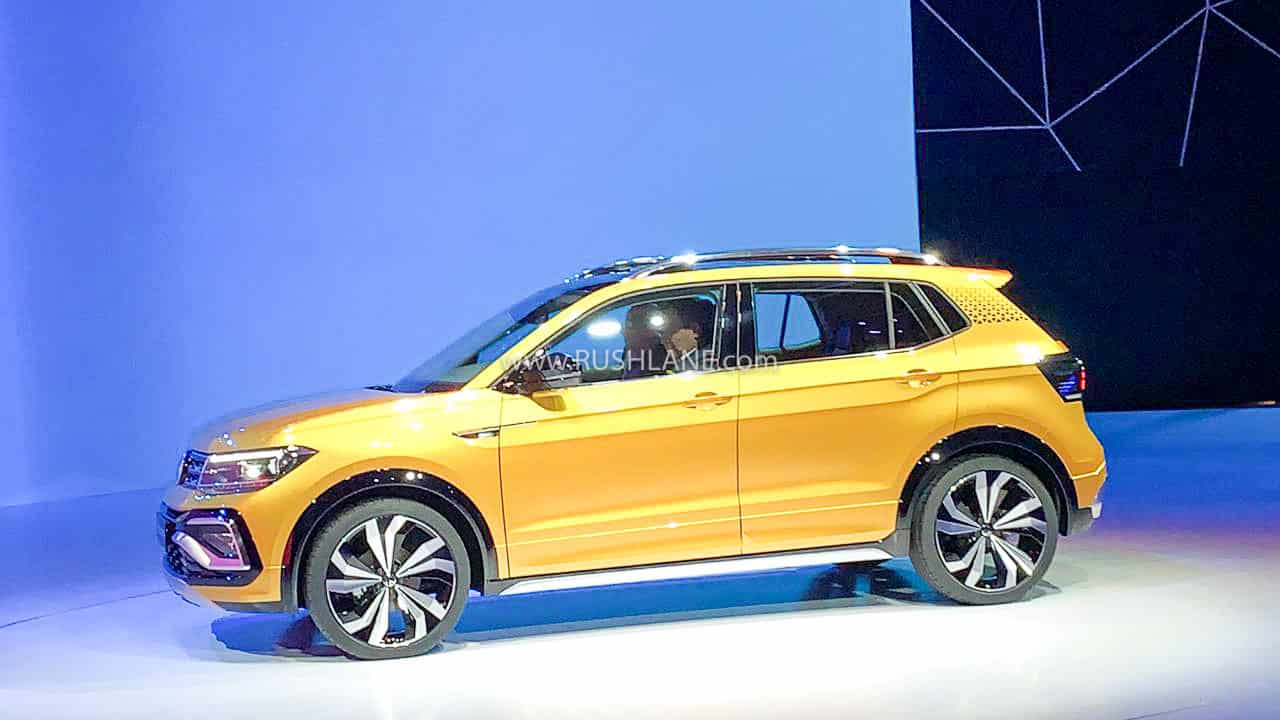 The primary highlight of the all-new Volkswagen Taigun is, of course, its design language. The proportions stay true to its compact-crossover DNA, but the packaging has been made much more efficient. The extended bonnet essentially allows for a rectangular cabin which not only looks interesting, but also returns better passenger space without the vehicle becoming larger than required.

The Sparkling Gold paint scheme goes really well with the tasteful additions of chrome and black claddings. While claddings surrounding the bottom of a vehicle usually express a rugged, crossover appeal in its base finish, the Taigun gets it in a gloss-black shade. This helps make the overall design stay premium and modern. 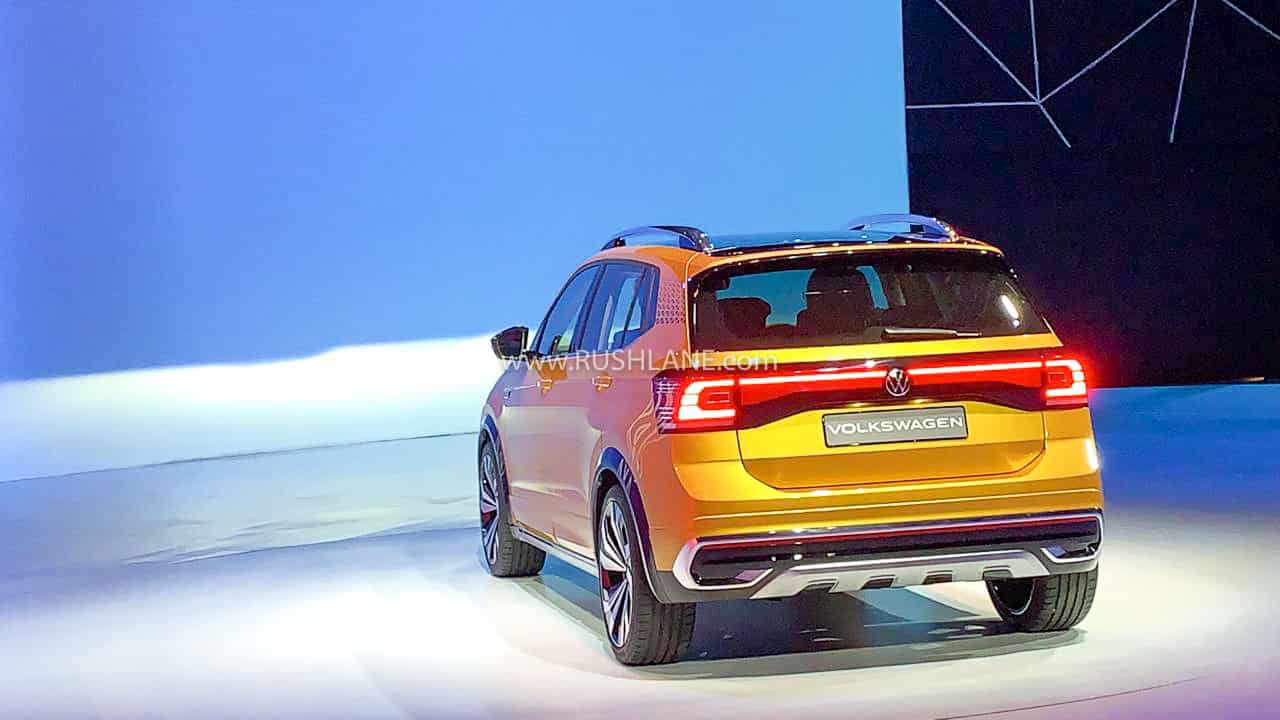 The Volkswagen Taigun features full-LED headlamps and tail lamps. However, it is the tail lamps that have helped bring the Taigun’s aesthetics to a new benchmark. The single-strip or single-body extended tail lamp design is the latest trend in the global automotive industry and it is a first for a vehicle in India coming in the Taigun’s category.

The full specifications, pricing and other relevant details are yet to be shared. However, there is room for speculations. The engine will most likely be a BS6 1.5-litre turbo petrol engine that makes around 150bhp and 250Nm of torque, powering the front wheels. This is mated to a 7-speed DSG automatic transmission. As mentioned before, expect the final market-ready model to be significantly stripped down. Prices should start around Rs 15 lakh ex-showroom.