This certification has been received from International Centre for Automotive Technology (ICAT) for CVs above 3.5 tonnage Gross Vehicle Weight.

Even as Bharat Stage VI norms are set to come in from April 2020, Eicher Trucks and Buses is ready much ahead of this official deadline. This BS VI certification is for Eicher E483, 4 cylinder, 3.3 liter CNG engine which has been introduced in the 3.5 ton Eicher Pro 1049 CNG and 1059 CNG medium duty trucks.

This engine offers 85 kW power at 2,600 rpm and 360 Nm torque at 1,400-1,800 rpm. It gets a Waste Gate Turbocharged air system and Saturated Gas Injector fuel system along with Stoichiometric Combustion and is capable of oxidation and reduction. 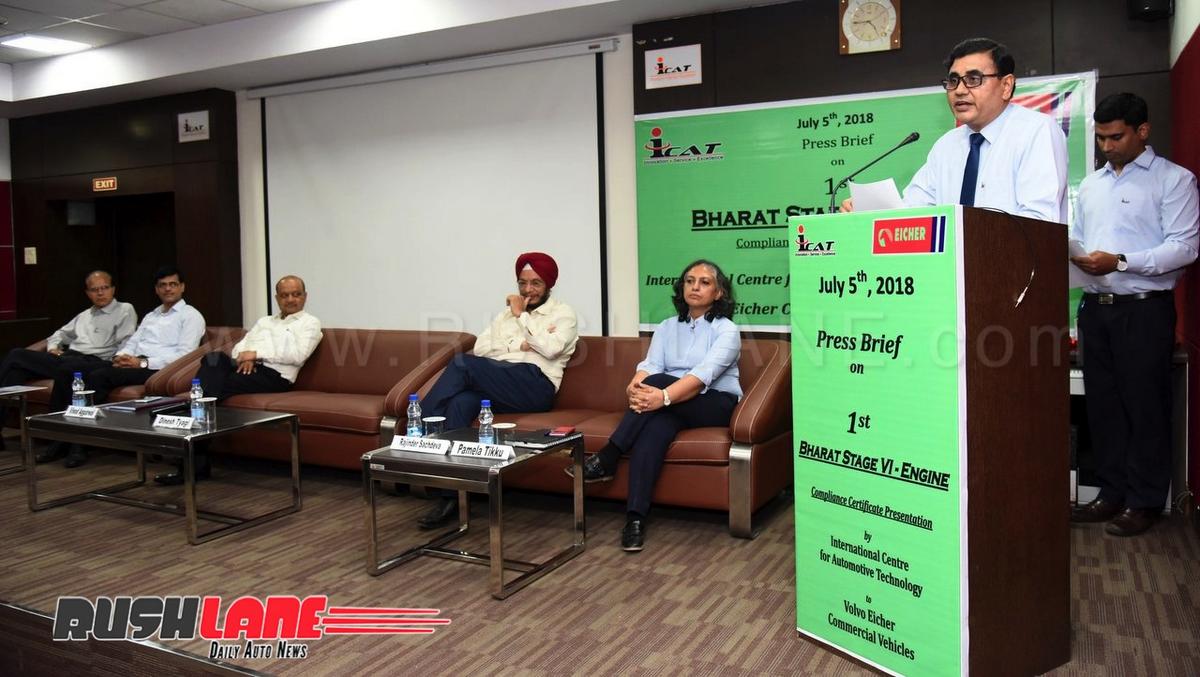 Volvo already manufactures Euro 6 compliant engines from its plant in Pithampur, Indore and now this new certified engine has also been approved by ICAT as per BS VI norms set by ARAI and the Government of India.

To convert BS IV compliant E483 engine to BS VI, VECV upgraded the motor and altered high pressure fuel injection system, EGR and incorporated an exhaust after treatment system with three way catalytic converter with metallic substrates. This allowed the engine to clear World Harmonised Transient Cycle which is a transient engine dynamometer cycle for heavy duty engines over a wider band of temperature and RMP as compared to the European Transient Cycle which was seen in BS IV engines.