India Yamaha Motors has launched a new edition of the Fascino scooter, called Darknight. It is priced at Rs.56,793, ex-showroom. It receives a Unified Braking System (UBS) along with maintenance free battery. The new black colour of this edition is inspired by the Yamaha R15 Darknight edition.

This is an exclusive cosmetic package and does not involve any mechanical changes. It gets a matte black color scheme with chrome inserts and gets upgraded with the CBS safety feature as is now mandatory in all two wheelers under 125 cc. 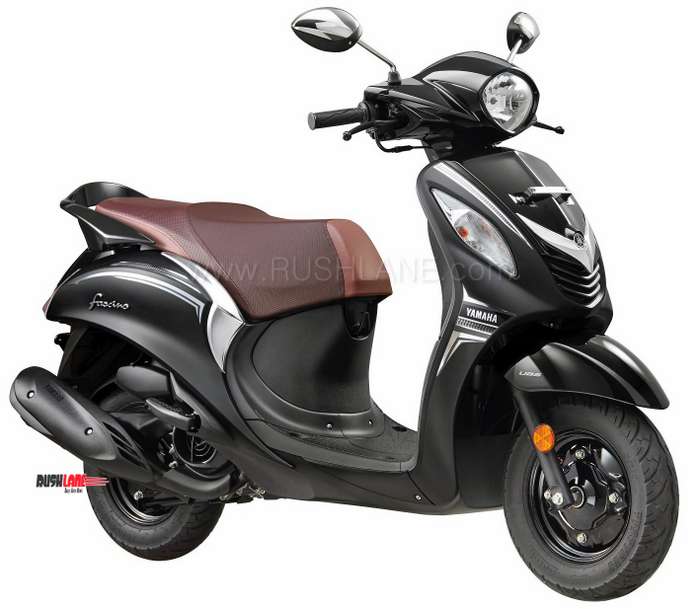 The Yamaha Fascino was first launched in 2015. Over the years it has received several updates that enhanced its unisex appeal. The 2018 MY saw the addition of a new Glamorous Gold color scheme for the Fascino with an updated body style and new graphics.

The other color options in its palate include Dapper Blue, Beaming Blue, Dazzling Grey, Sizzling Cyan, Spotlight White and Sassy Cyan. The Fascino also gets dual tone seat covers, a raised grab rail for better pillion comfort and new chrome accents on its front apron and distinctive Fascino badging on its fenders. 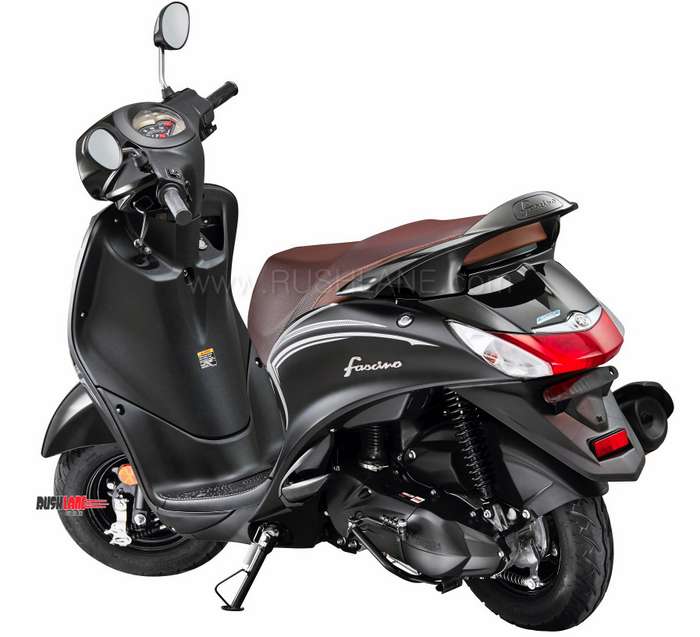 It gets its power via a 113cc, single cylinder, air-cooled, 4 stroke, SOHC, 2 valve engine offering 8 PS power at 7,500 rpm and 9 Nm torque at 5,000 rpm. The engine is mated to a V automatic transmission and is offered with both kick and electric start function. The Fascino weighs a total of just 103 kgs which contributes to better fuel efficiency and ease of handling. 2019 Yamaha Fascino targets younger segment of buyers, who seek better features and fashionable updates along with better fuel efficiency and comfort.

New Yamaha Fascino has been claiming good sales and scored at No. 8 on the list of company models. It moved up one position as compared to sales in January 2018 with a total of 12,493 units sold in the month, though sales declined by 11 percent YoY.

Mr. Motofumi Shitara, Chairman, Yamaha Motor India group of companies said on the occasion, “Yamaha is committed to establish its uniqueness through exciting, stylish and sporty products and experiences. Yamaha Fascino has already gone up and about its unique style and excitement in the market. The new DARKNIGHT edition will further create an urbane style which is in line with Yamaha’s efforts to add DARKNIGHT editions in many other two wheelers.”