2019 Yamaha MT15 is scheduled for launch in India on March 15, 2019. The naked roadster, stripped down from the faired R15 V3 will be made available for India with specific tweaks, and this makes it slightly different from the international spec model.

For the Indian market, 2019 Yamaha MT15 doesn’t feature Upside Down (USD) forks and instead gets a telescopic setup. Instead of the aluminium swingarm seen in the V3, this model gets a box-type swingarm. Yamaha MT15 launch falls in the purview of ‘The dark Side of Japan‘ theme, a global ethos in use with reference to the Yamaha MT-07, MT-09, and MT-10 as well. 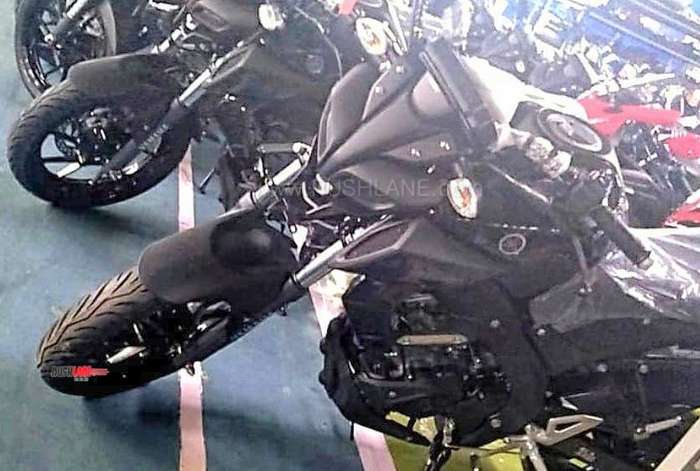 Following spyshots in matte blue last month, a new image reveals a matte black colour option. It also features blacked out alloys, as seen on R15 V3. This new colour option spied on MT15 is similar to the newly launched Darknight colour on board the R15 V3. It comes at a premium of Rs 2k, as compared to other colours of R15 V3. Same pricing could be applied on MT15, once launched.

Yamaha MT15 headlight setup is as seen on the international spec variant; wherein the headlamp unit comprises of three lighting units, one more than seen on the MT-09, which has a twin setup. The single projector beam headlamp makes up the central mount with LED position lights close on either side. The fuel tank design language different than the one offered on international spec MT15. Indian MT15 gets less contoured fuel tank, most likely to keep costs in check. In its Indian avatar, MT15 would also get the mandatory feature of saree guard. 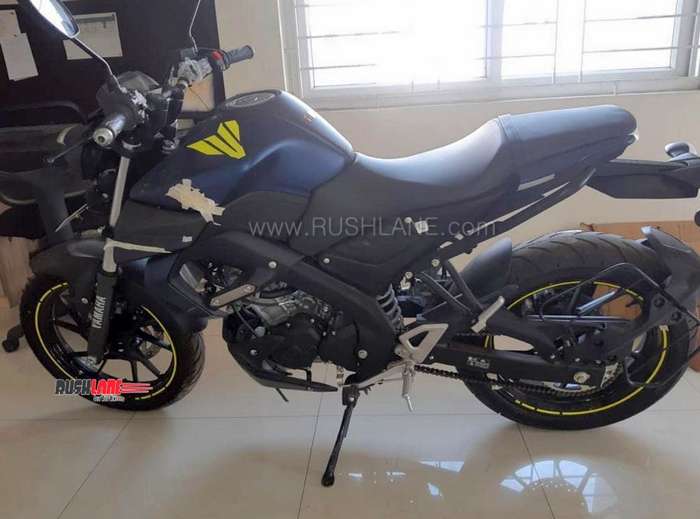 Apart from this, a rear wheel cover splash guard too has been seen in the spyshots. Indian spec 2019 Yamaha MT15 will run on MRF tyres, just like the R15 V3. Braking is via disc brakes. It is not clear if the bike will come with single ABS or dual ABS. Internationally it comes in dual ABS. India specific features are a common trend that help in keeping bike prices competitive.

2019 Yamaha MT15 gets power from a 155 cc single cylinder engine, also seen in R15 V3, and is tuned to return max power of 19.3 PS, and peak torque of 15 Nm. Transmission is via 6 speed gearbox. With its newest 150cc segment offering, Yamaha is strengthening its 150cc presence having attempted to introduce a range of bikes that cater to varied riding needs and preferences. Once launched, Yamaha MT15 is capable of competing with bikes which are in the segment above, like the Bajaj Pulsar 180, etc. Expect price to be in the Rs 1.2 lakh range.