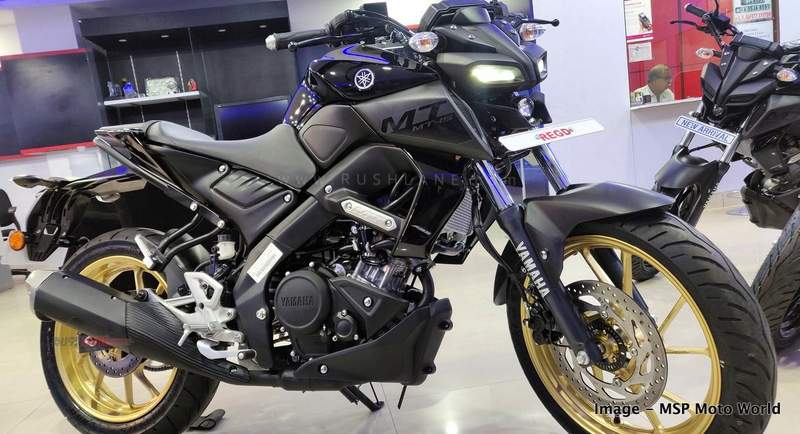 Launched in March at Rs 1.36 lakh, Yamaha MT15 has crossed the 15K sales milestone in August 2019. However, the effects of slowdown are clearly evident, as monthly sales have come down in comparison to sales in initial months of launch.

Launch month had witnessed maximum sales of 5,203 units, after which sales numbers continued to decline till June. Things have started improving a bit now, as there has been an uptick in sales in July and August. 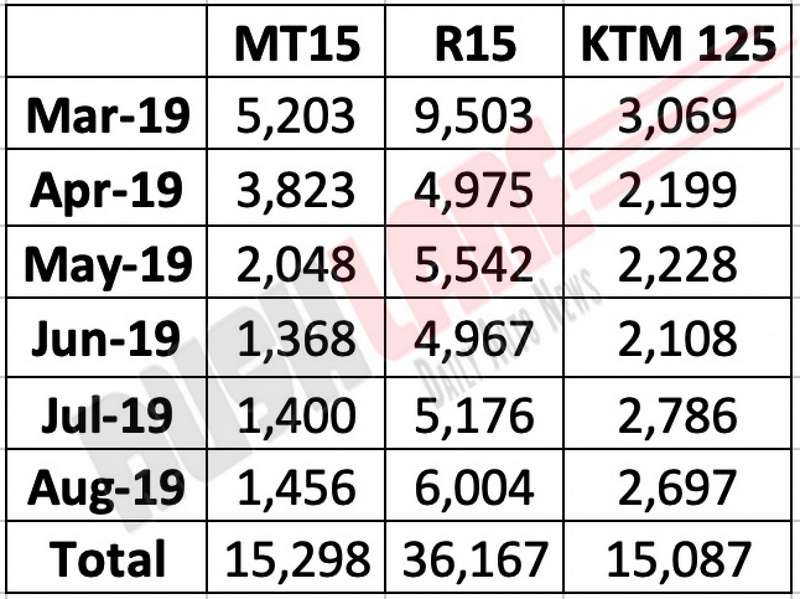 Yamaha MT15 launch was not just a new Yamaha motorcycle in the Indian market, but also the introduction of MT series in the country. Before MT15, Yamaha’s sports bikes were limited to FZ and R series. A naked sports bike launched under the company’s ‘Call of the Blue’ campaign, MT15 derives design inspiration from sub-litre class MT09. As for components and features, most of it has been borrowed from YZF-R15 V3.0.

Although it gets top marks in terms of design and styling, Indian-spec MT15 misses out on key components such as USD forks, dual-channel ABS, aluminium swingarm and Pirelli/Metzeler tires. International-spec MT15 comes with all these features.

Yamaha MT15 is powered by a 155 cc liquid cooled, 4V SOHC FI engine that churns out max power of 19.1 bhp @ 10,000 rpm and max torque of 14.7 Nm at 8,500 rpm. Engine is mated to a 6-speed transmission and comes with performance enhancing Variable Valve Actuation (VVA). The bike is also equipped with assist & slipper clutch that allows smooth gearshifts during rapid deceleration.

Yamaha is currently in the process of upgrading all its scooters and bikes to meet BS-VI emission norms. The upgrade process for motorcycles will begin from November 2019, while Yamaha scooters will start getting the BS-VI engines from January 2020 onwards. Post the upgrade, prices of Yamaha two-wheelers are expected to increase by 10-15 per cent.