Yamaha R15 V2 sportbike is transformed into a BMW HP4 Race with extreme attention paid to every detail. The complete makeover takes the Rs 1.21 lakh Yamaha R15 to look like an Rs 85 lakh worth BMW S1000RR HP4 Race with feature upgrades and new paint job while the only giveaways are the front lamps, wheels and disc brake on front wheel.

BMW S1000RR HP4 Race is a limited edition motorcycle which is not a road legal bike and hence it does not feature headlamps, rear view mirrors or turn indicators while tail lamp and number plate are also missing. The modification also does not include pillion seat. 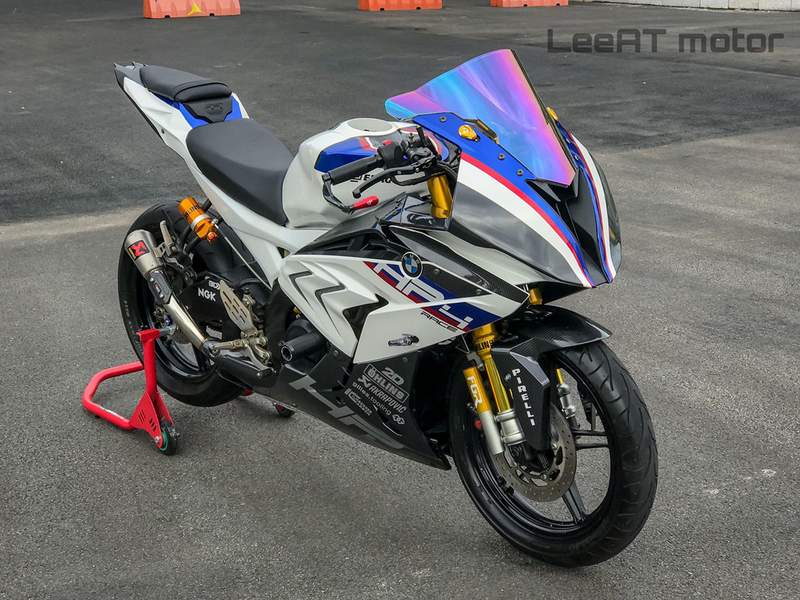 Yamaha R15 which apes the BMW S1000RR now gets a new aerodynamic fascia, a new fairing design and carbon fiber accents with a distinctive BMW badge and HP4 Race branding. Though the instrument console is not detailed in photos or video, it could receive a full digital display while it sports clip on handlebars, a muscular looking fuel tank and a sharp tail section.

There is also a step up saddle behind the fuel tank offering better padding while exhaust is also modified. Suspension is via upside down telescopic front forks that are akin to the original Ohlins FGR 300 suspension seen on the HP4 Race while braking sees no changes and continues via single disc brake in the front and at the rear. 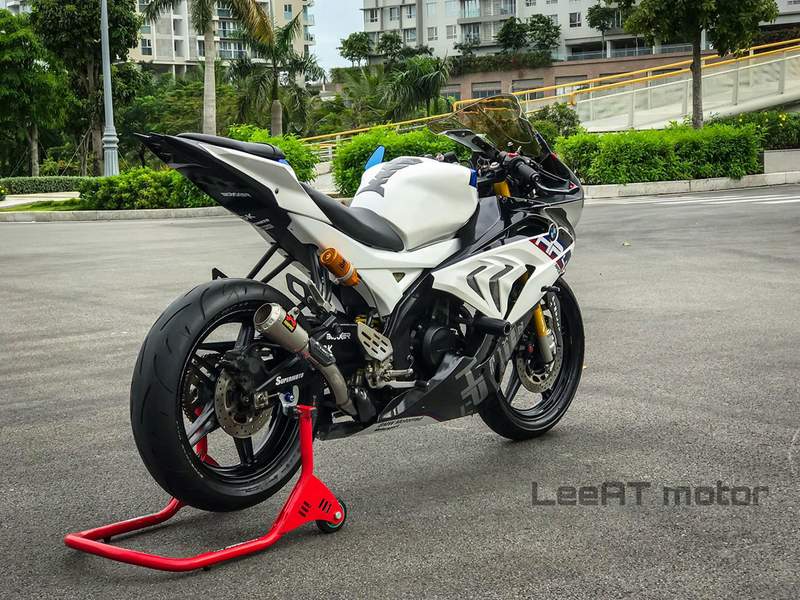 Though there are changes in style and stance and riding capabilities, the transformation of the Yamaha YZF-R15 into a BMW S1000RR HP4 Race limited edition does not see any change in engine specifications.