More than a fortnight ago, the SSC Tuatara had broken the world record for the fastest production car in the world. It now seems that French automaker Bugatti seems to reclaim its throne with the introduction of its new speed demon called Bolide.

Bugatti has pulled the wraps off its latest mean machine which is being described as “the most extreme, uncompromising, fastest and lightest vehicle concept” in the brand’s modern age history. The track-only hypercar has figures that suggest the SSC Tuatara’s title might be in danger. 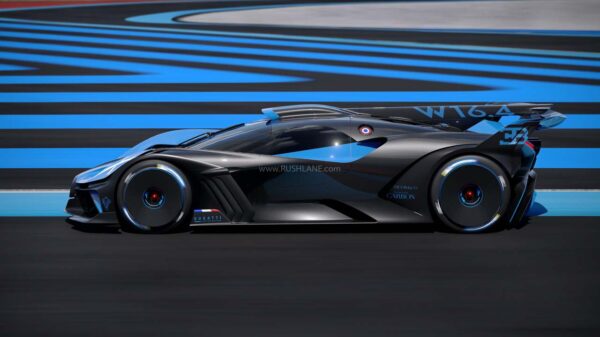 Bugatti Bolide has been pegged as the natural successor to the French marque’s Chiron. Since its unveiling in February 2016, Chiron has been made available in many forms namely- Sport, Pur Sport, Vision Gran Turismo, Centodieci, Divo and SuperSport 300+. But none of them can match the numbers of the latest addition to Bugatti’s armoury. Let us get straight into it.

The Bugatti Bolide is powered by the same 8.0-litre W16 quad-turbocharged motor which powered all the versions of Chiron. However, Bolide receives a power figure of a humongous 1,842 bhp. Compared to this, the record-setting Chiron Super Sport 300+ and Centodieci received a maximum power of 1578 bhp while the standard Chiron got 1,479 bhp. 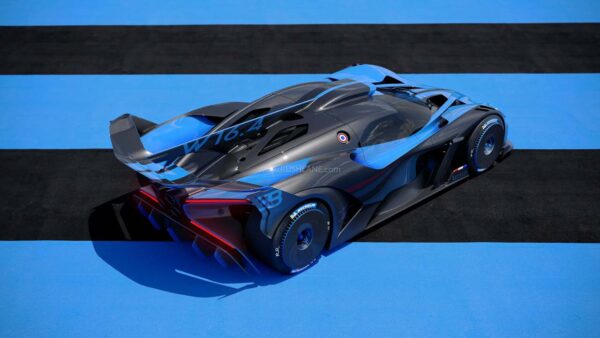 The twist in the plot here is that Bugatti has re-engineered the powerplant to feed in 110-octane racing fuel and also with installation of four new turbochargers. This astounding power figure is achieved at 7000 rpm and is complemented by an impressive torque figure of 1,850 Nm which is available from as low as 2000 rpm. But a hypercar cannot just depend on gigantic output figures from the engine, it also has to be a featherweight machine and Bolide proves to be just that. 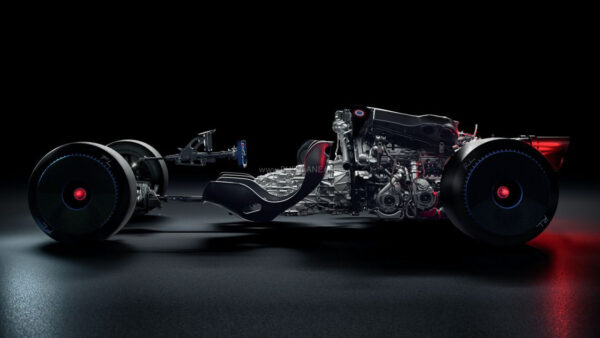 Light as a feather

At 1240 kgs, Bugatti Bolide is a mammoth 755 kg lighter than its predecessor Chiron, about the same kerb weight as the Ford Fiesta ST and 100kg lighter than a Porsche Cayman GT4. That is supremely light. This translates into a monumental power to weight ratio of 1,471bhp per tonne.

To put things in perspective, the car which held the tag of being the fastest production car for a long time about a decade ago had a power to weight ratio of 644 bhp per tonne. And yes we are talking about Veyron. 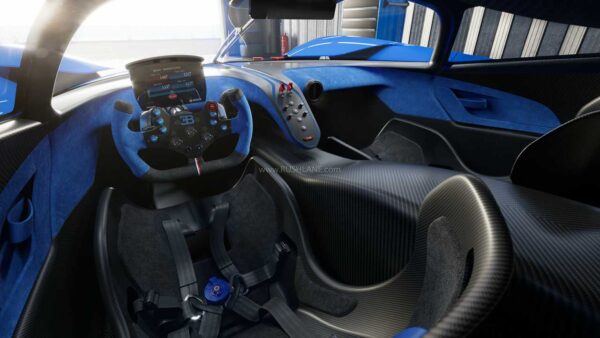 No wonder, Bolide is an extreme rocket on track and its performance figures suggest just that. Bugatti Bolide has recorded a 0-62 mph or 100 km/h sprint time of a wee 2.17 seconds whereas 0-124 mph (0-200 km/h) was done at a neck-twisting time of 4.36 seconds. Definitely not something to experience for the faint-hearted. Bugatti claims that it can easily attain a top-speed above 311 mph (500 kmph).

However, more power means more heat and in this case, it may lead to extreme heating. Therefore engineers had to reconfigure the cooling of the engine as well. An air-to-air intercooler with a water pre-cooling system has been installed to keep the engine from overheating. In addition to this, carbon-titanium radial ‘turbofan’ compressors keep the brakes ventilated.

Everyone will be eager to see whether Bugatti Bolide can break the record set by SSC Tuatara or not. However, there is no word from the French automaker whether this prototype will see the light of the day in production form.