Barely a week after a soccer ball belonging to a 16 year old Japanese tsunami survivor made its way from Japan all the way to the Alaskan coast, it was now the turn of Harley Davidson Motorcycle. The motorcycle, with all parts intact, housed in a battered white trailer along with camping gear and golf clubs was spotted by Peter Mark while on a ride down British Columbia’s Haida Gwaii Islands on his ATV.

A peek into its interiors revealed a rust encrusted Harley bike, but with all parts and even number plate intact. It was last March that the Tsunami took residents of Japan by storm. Over 11,000 persons were reported missing or dead while the tsunami caused large scale damage and destruction. 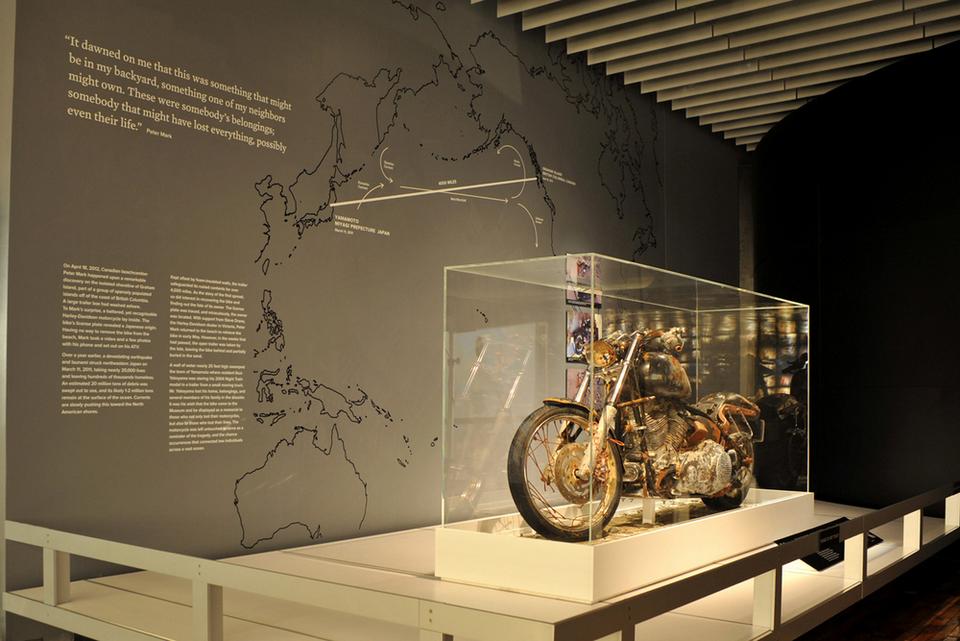 Harley motorcycle in question here, bore a Miyagi license plate, the area which was worst affected during last year’s Tsunami. Mark does not even know whether the owner of the trailer has even survived the tempest, he has contacted the Japanese Consulate in Vancouver who are trying to find the person based on the license plate.

Speaking about condition of the newly discovered Harley Davidson Motorcycle, 32 year old Mark said, “It’s in pretty bad shape. You can’t turn the wheel or handlebars. There’s a fair bit of corrosion on the motorcycle.A light bulb went off in my head as soon as I saw that. The amount of growth on the container is about right — all the signs are there. It would be an amazing coincidence if it’s not from the tsunami. Knowing this was someone’s belongings, and they lost it in a pretty phenomenal disaster — it’s almost like you’re trespassing in their yard. It’s an eerie feeling.”

A strong Kuroshio Current heads directly from east coast of Japan to these Canadian islands and could be the cause of this Harley Davidson’s spectacular journey. Reports state that, as of now a total of 1.5 million tonnes of debris in on its way to the Canadian coast which should arrive by 2013.